They were arrested following intelligence and three days surveillance on their hideouts in Bishops Courts’ Malo Lodge, Umuagu Mbieri and King David’s Suite in Owerri. A 16-year-old undergraduate was also among those arrested during the haul. 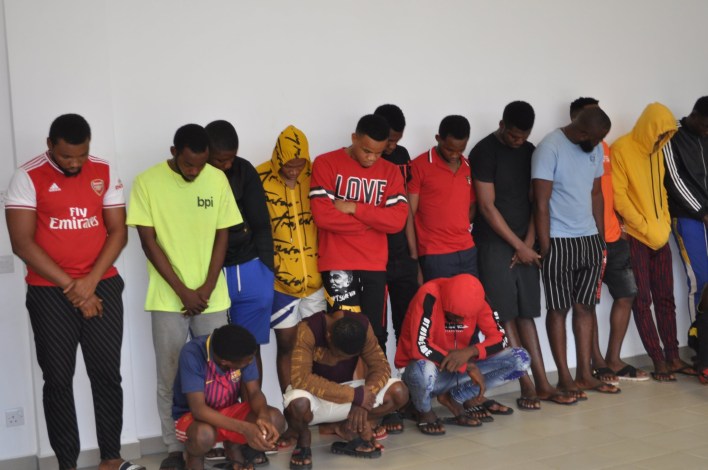 Banker, 3 others arrested, one killed in aborted Abuja bank robbery