Popular Nigerian Singer, Davido, has declared that having a ‘6 pack’ is overrated.

According to the father of three, he is more concerned with securing the bag than securing a ripped chest. 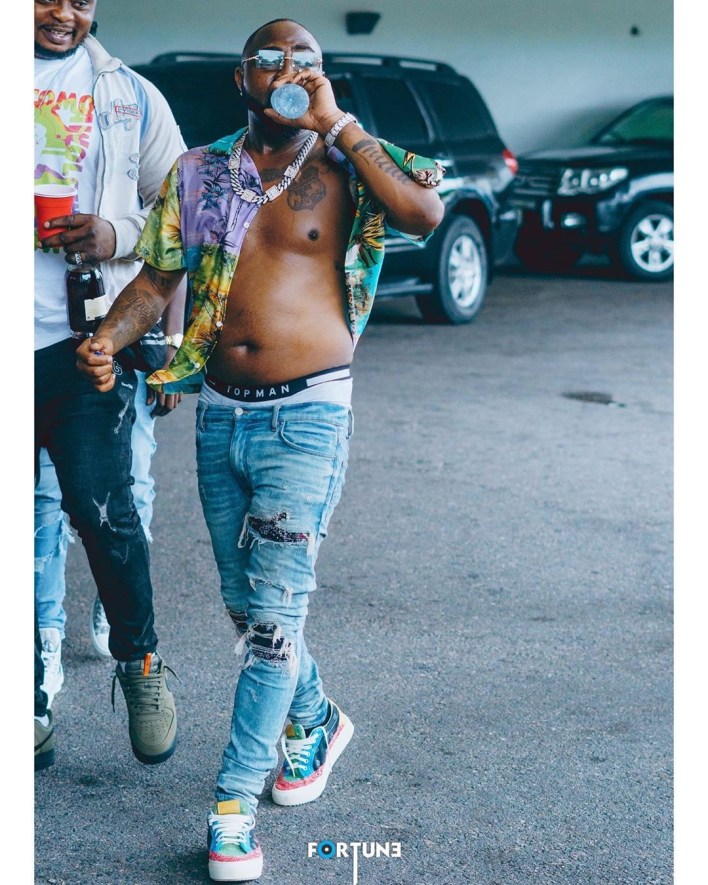 He shared the photo above and wrote ;

6 packs overrated I’d rather have the bag

Davido earlier revealed that if he quits music to work in his father’s company he would be richer than he is presently.

The singer who made this revelation in an interview with Ebuka on Bounce Radio, further revealed that all his brothers are richer than him.

According to him if he resumes work in his father’s company he would be a billionaire in dollars.

The “fem” crooner stated that he is into music because of his passion for the craft and not for the gains.

“If I go work for pupsy office I’ll be a billionaire in dollar, I’m doing this because I love the craft”.

#BBNaija: Nengi emerges as this week’s HoH; earns her spot in the finale

#BBNaija: I’m always unlucky with teammates, Nengi made us lose – Prince Cries out.