Eight people on Tuesday had a close shave with death in Calabar, the Cross River State capital after a tree branch broke off from its trunk, landing on the mini bus which they were in.

The mini bus was conveying seven passengers along the Murtala Mohammed Highway when the incident occurred at the Beebosco junction.

The driver, Blessing Eyo Nsa is said to have stopped to drop a passenger when the unfortunate incident happened.

He told this reporter that he was happy no live was lost but has remain at loss how he will survive since he got the mini bus on hire purchase.

Also, no passenger is said to have sustained any physical injury while the Driver is seeking for aid from Nigerians to replace the minibus.

The Commissioner for Environment, Mr. Mfon Bassey Mfon, who arrived the scene with his entourage declined comment. However, he said it was “an accident.”

Major streets in Calabar are lined with trees planted during the administration of Mr. Donald Duke for beautification purposes which have aged over the years.

Some have been destroyed by storms. Others have been cut down while others have given way for different reasons.

The incident hindered free flow of vehicles but men of Nigeria Police Force arrived on time to prevent traffic jam. 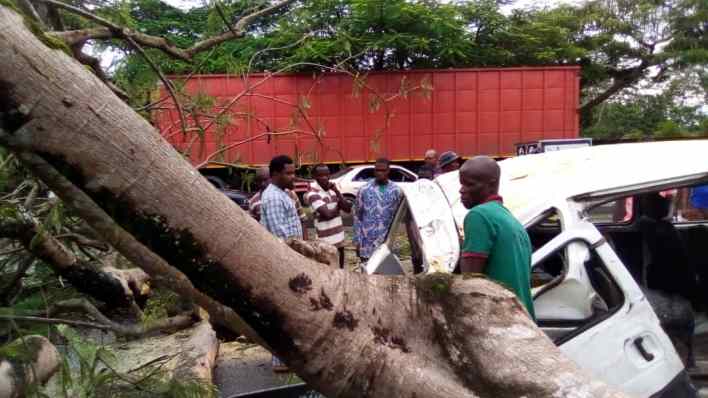 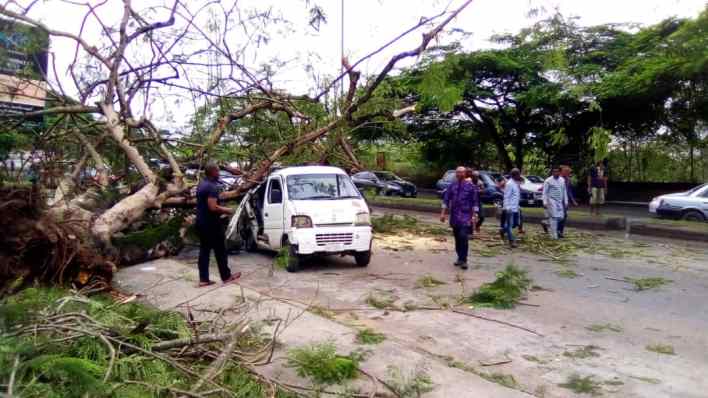 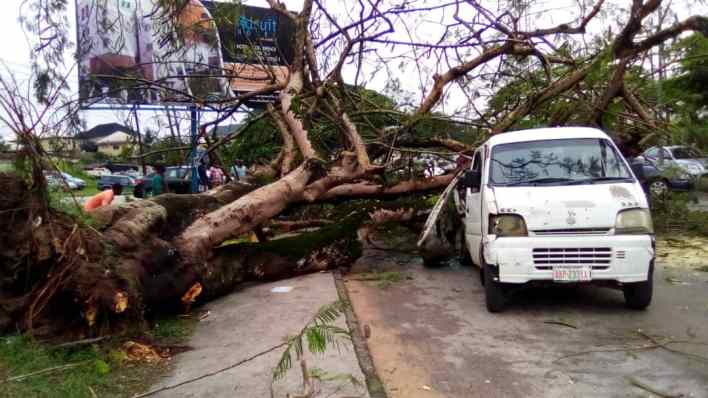 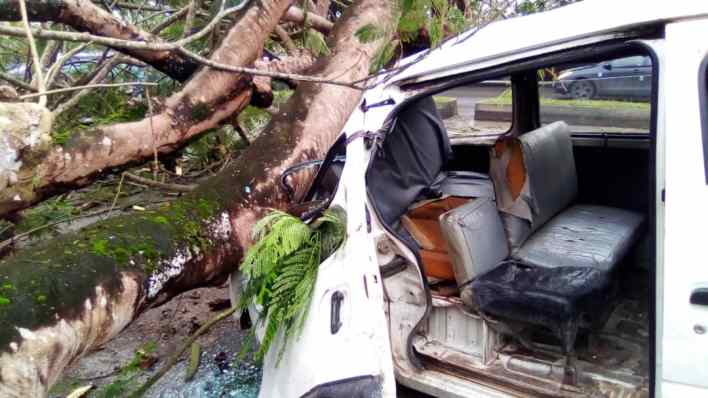 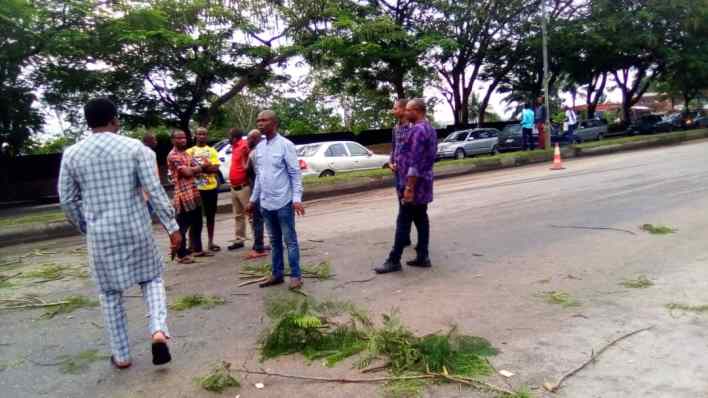 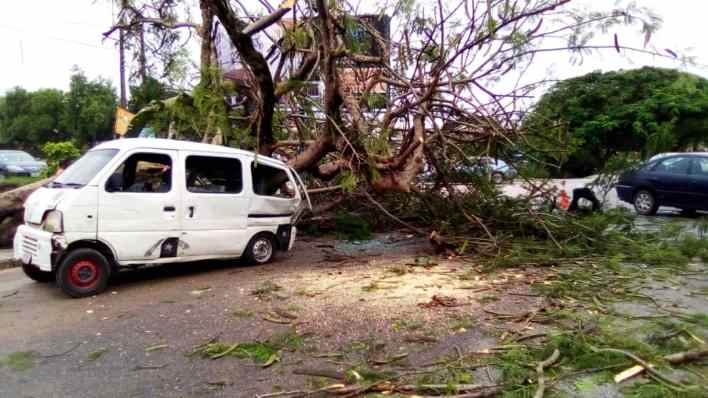 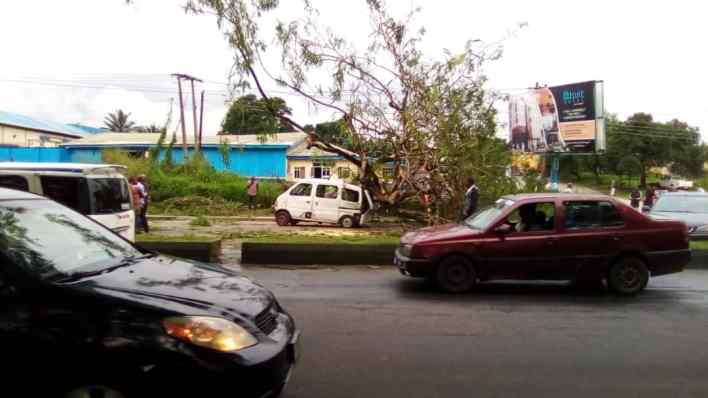