Popular Danish humantarian worker, Anja Ringgren Loven on Tuesday, celebrated three years since she and her team rescued a young girl who was about to be burnt to death after being accused of witchcraft in Eket, Akwa Ibom. 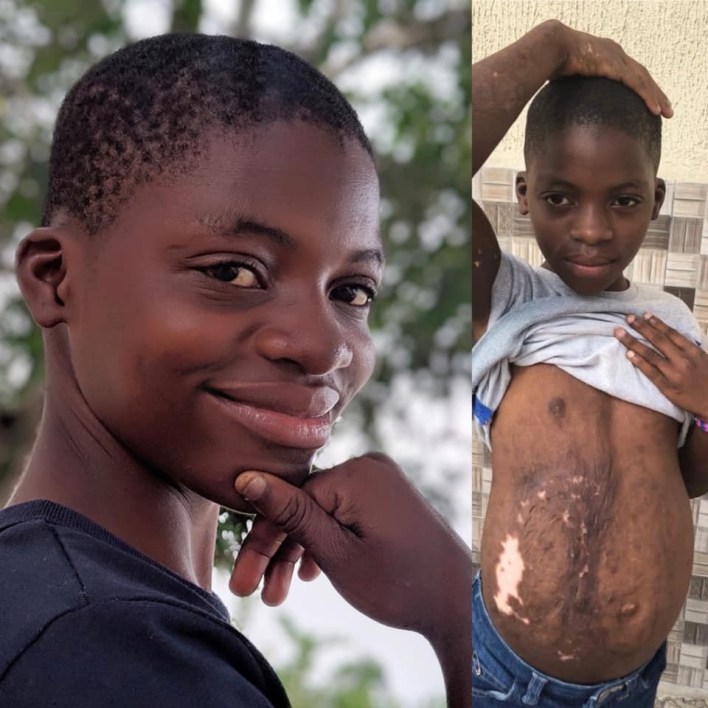 Anja shared a before and after photos of the young girl and said although the scars on her body will never go away, the young girl has undergone a tremendous personal development and recovery after struggling with low self esteem, sadness and physical pain.

So today Queen has been with us for exactly 3 years. Queen’s story is very horrible. David Emmanuel Umem and our team rescued her just before she was burned to death. Queen was very terrified and weak when she came to Land of Hope after several treatments at the hospital. 70% of her body were burned and she was in so much pain

The scars on her body will never go away. It´s a constant reminder of the attack.
And it has not been easy for Queen to overcome her challenges and regain her strenghth. After her rescue she isolated herself in her room and struggled with social and communication problems.

Queen had trouble connecting with the other children at Land of Hope, making friends and understanding what was expected of her in social situations. All as a result of her being attacked and abused.

But as most of you already know, at Land of Hope we have the best team in the world, led by Nsidibe Orok our Director of Child Development. Once Queen came under the wings of Orok and all our teachers, medical staff and social carers, Queen embarked on a tremendous personal development.

3 years ago Queen had a very low self-esteem and increased sadness. She was often irritable and acted out. She had no motivation and was not very social. Today it is the total opposite ! Queen loves to go to school and she is very social. She will come to me many times a day and just talk talk talk

Queen is now a very strong young woman and on the football field it is not easy to dribble past her. She has so much determination to be the best and she smiles all the time. She has totally regained her strenght and on this new picture of Queen her self-esteem just oozes out of her 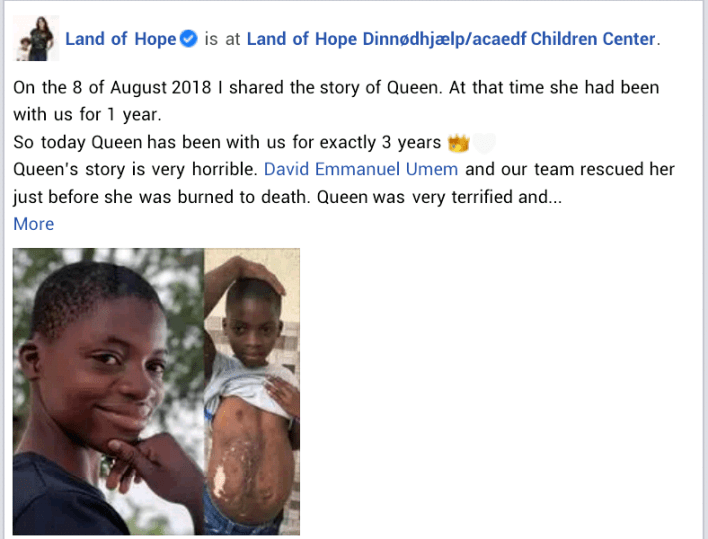