A Virginian biochemist has been crowned winner of Miss America 2020 after performing a live science experiment that defied stereotypes of the contest.

Wearing a lab coat, the 24-year-old impressed judges with a chemistry demonstration in the talent show. In her acceptance speech, Ms Schrier said she hoped to “break stereotypes about what it means to be a Miss America in 2020”. She told the celebrity panel of judges, comprised of Kelly Rowland, Queer Eye’s Karamo Brown and Superstore actress Lauren Ash, that “Miss America is someone who needs to educate”.

Ms Schrier has two undergraduate science degrees and is studying a doctorate in pharmacy at Virginia Commonwealth University. In her role as Miss America, Ms Schrier will spend a year advocating for Mind Your Meds, a drug safety and prevention programme. 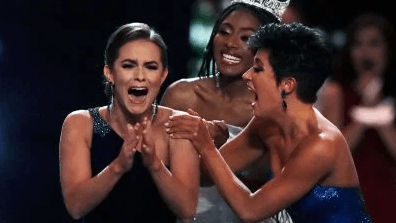 Since 2018 the competition has attempted to re-brand its image, scrapping its swimwear segment and appearance-based judging criteria.

Instead, contenders showcase their talents and are interviewed about their passion, intelligence and understanding of the Miss America role.

“We will no longer judge our candidates on their outwards, physical appearance. That’s huge,” said former Miss America winner Gretchen Carlson, who announced the reforms in 2018.

Breaking: Court orders Mohammed Adoke to be remanded in EFCC custody for 14 days