Nigerians react as the viral video of lady who rejected her boyfriend’s proposal in public has turned out to be a comedy skit. 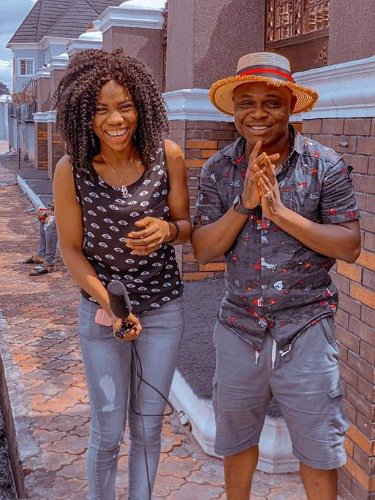 Yesterday, a video of a lady who rejected her boyfriend of 5 years in the middle of a road went viral, attracting outrage and sympathy from social media users. 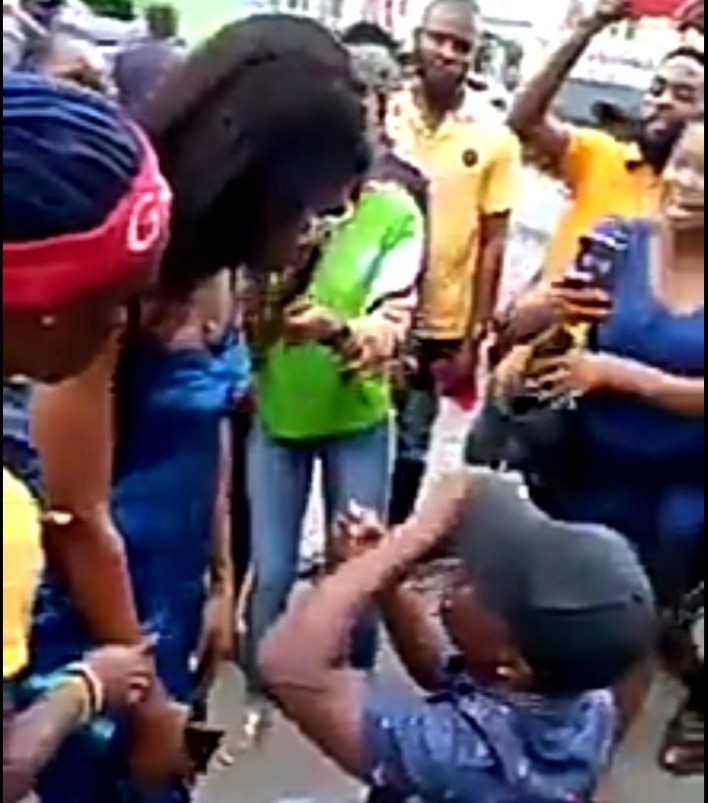 However, the video has turned out to be a comedy skit shot by two upcoming comedians.

In the video, the man is seen going down on one knee to ask the woman to marry him. The woman didn’t seem pleased and she walked away.

The man starts crying at this point and goes after the woman then kneels again.

The entertainers, Owerri Chic and Chineke-Boy Comedian have now posted a behind-the-scene video which shows the supposed “proposal gone wrong” was nothing to be taken seriously.

Many Nigerians who believed the story are angry and has cursed the entertainers to surfer for 600 years.

Here are some reactions below;

@Nneka Lilan posted, “So na upcoming comedian una be and I was wasting my tears. chiri iri, 600 yrs for una two

@Okeke Izuchukwu Thompson said, “Both of you will suffer for 600 years”.

@Egbede Valentine IzuGod, “I even quarrelled for it, Nne biko gbaghara I was drunk then.

Below is the video;