A wedding was brought into an abrupt end in Zambia over the weekend, after a woman stormed the venue with her children and claimed the groom is her husband and father of her kids. 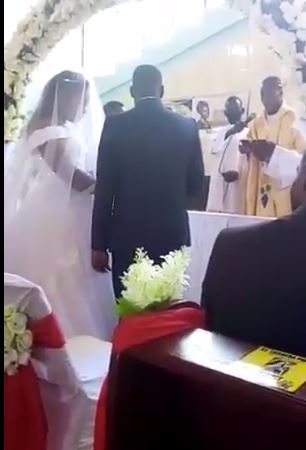 In the now viral video the woman who was seen backing a small baby, insisted that the priest should hold on with joining of the couple has she claimed the husband is hers. 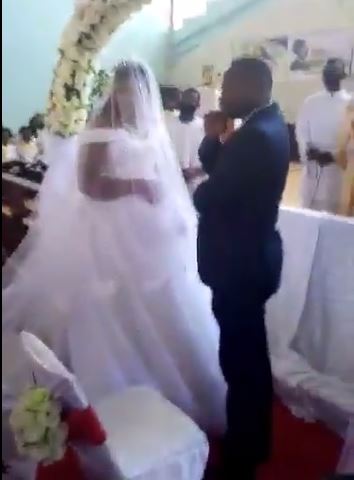 According to her, they didn’t divorce, and there was no issue between them. Adding that he left for his secret wedding from their home that morning and she had no idea he was remarrying. 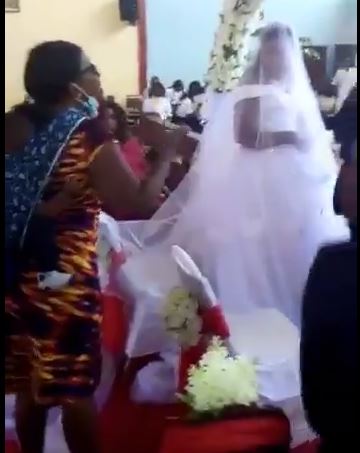 Despite several efforts to hold her back, she finds her way to the altar and starts stating reasons why the wedding cannot hold. She noted that she spent the night with the groom on their matrimonial bed the night before.

It was learnt that the groom has been identified as Abraham Muyunda, who works for Zambia Revenue Authority at the Head Office and has been married to Caroline Mubita for years.

Abraham apparently told his wife he was going out of town for work when he left home for his secret wedding that morning.

”Love of my life” – Adekunle Gold gushes over Simi’s first photo since she had their first child, Adejare

FCMB Bank In Search Of Dele, Girl Who Used ATM Light To Write Her Assignment