Doha, Qatar – European champions Liverpool have capped off a successful football year in dramatic style by lifting their first FIFA Club World Cup trophy, with a nail-biting 1-0 victory in extra time against Brazilian side Flamengo in Qatar’s capital, Doha.

Neither club was able to break through the opponent’s defences in a fast-paced first half of Saturday’s final that saw contrasting styles of football inside a packed Khalifa International Stadium.

Boosted by an advantage on overall possession and five corner chances to two for the Reds, the momentum was slightly in favour of the South American champions late into the second half.

With five minutes of stoppage time announced, a tackle by Flamengo defender Rafinha of Senegalese forward Sadio Mane initially called for a penalty for Liverpool, but was disallowed following a video review.

Levelled at 0-0, the match went into extra time and it was the Brazilian forward Roberto Firmino who strucklate again for the Reds, finding the net in the 99th minute, assisted by Maine. It was the 28-year-old Firmino’s second goal in two matches.

Liverpool, runners-up in 2005, became only the second English side after Manchester United to triumph at the international annual club tournament.

“This is something special. We did what we came here for, we gave everything that we had in extra time … They gave it their all and it was tough,” Liverpool defender Virgil van Dijk told reporters after the match.

“We are the first Liverpool team to have won it, so we can be very proud of that and hopefully there’s more to come,” the 28-year-old Dutch footballer said.

Saturday’s final was attended by FIFA President Gianni Infantino, who later crowned the champions in front of 45,416 spectators.

It has been a memorable year for the Reds, who beat Tottenham Hotspur for a sixth European Champions League title in June to qualify for the Club World Cup.

Liverpool are also on course for their first English Premier League title since 1989-90, sitting at the top of the table with a 10-point lead over Leicester City midway through the season. 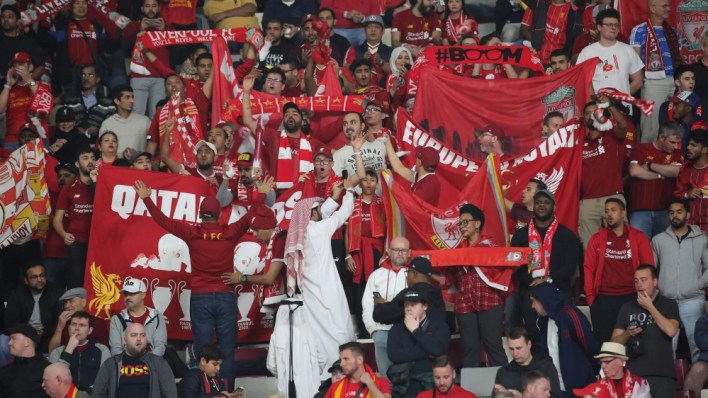 A total of 45,416 spectators were in attendance for the final at Khalifa International Stadium [Showkat Shafi/Al Jazeera]

Adel Nassar, a 31-year-old Reds fan from Kuwait, said winning the Club World Cup “will push them [Liverpool], give them the courage to win the Premier League this season”.

There was a carnival-like atmosphere inside the Khalifa International Stadium – one of the 2022 World Cup venues – for the championship match – a repeat of the 1981 Intercontinental Cup final, which Flamengo won 3-0.

Eduardo Andrade was one of the many Brazilian fans who had made the long trip to Doha for the tournament.

“Flamengo is the most popular team,” the 43-year-old from Brasilia told Al Jazeera. 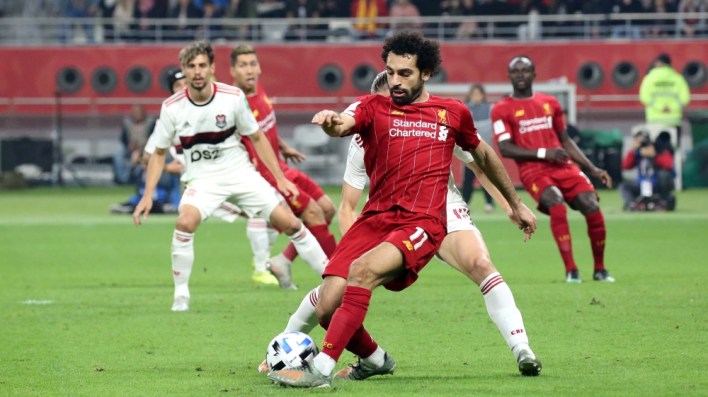 Egyptian striker Mohamed Salah was given the Golden Ball award, presented to the best player of the tournament [Showkat Shafi/Al Jazeera]

Earlier on Saturday, Mexican club Monterrey overcame Saudi side Al Hilal in a thrilling penalty shoot-out after a 2-2 draw to win the bronze medal in the seven-team club tournament.

Next year’s edition will also be hosted by Qatar as preparation for the 2022 FIFA World Cup.

Overall, it’s been a successful organisation and we are very happy to have also had the opportunity to work with part of the operational team that will ultimately deliver the FIFA World Cup 2022,” FIFA’s chief tournaments and events officer, Colin Smith, told Al Jazeera ahead of the final match.

Qatar beat bid rivals Australia, Japan, South Korea and the United States in 2010 to claim the hosting rights, becoming the first Arab nation to do so.

“I have never seen a host country in the position to deliver every single infrastructure work two years prior to the event, which is what Qatar is on track to doing,” the FIFA president told reporters on the eve of the final on Friday.

“I am sure that it will be a fantastic event and I believe that a World Cup in Qatar, in the Middle East, will have the ability to change the perception of the rest of the world towards the region.”