Five persons have been reportedly killed in a fatal accident on the Lagos-Ibadan Expressway.

The accident, which occurred at about 9:30pm on Thursday, August 20, 2020, at a diversion axis shortly after the Sagamu interchange inbound Ibadan from Lagos, involved three vehicles, a Mazda Space bus, a DAF tanker and a Mercedes Benz truck.

The deceased according to a road traffic report made available by Commander Sulaiman H.O., Head of Operations (Hops1), Ogere Division of Ogun StateTraffic Compliance and Enforcement Agency, were four from the Space bus (a male and four females) and one from the truck.

All six victims of the accident were rushed to Idera Hospital in Sagamu, where five were certified dead and their corpses deposited in the hospital’s morgue. 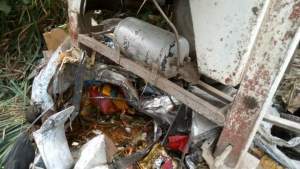 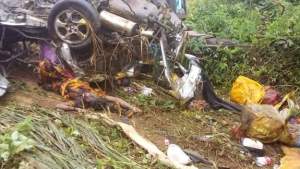 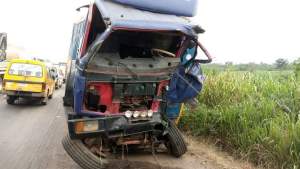 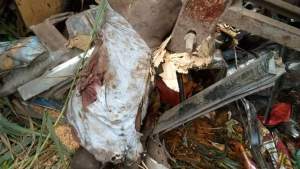 The three accidental vehicles have been taken to the Motor Traffic Department (MTD) of the Police in Sagamu.

Men, Please Do These Five Things For Your Wife When She is Pregnant

Nothing go do you but go get bodyguard just incase – Naira Marley tells Instablog after the handler was revealed.