Five members of a family who died in a fatal motor accident have been laid to rest in Akwa Ibom State. 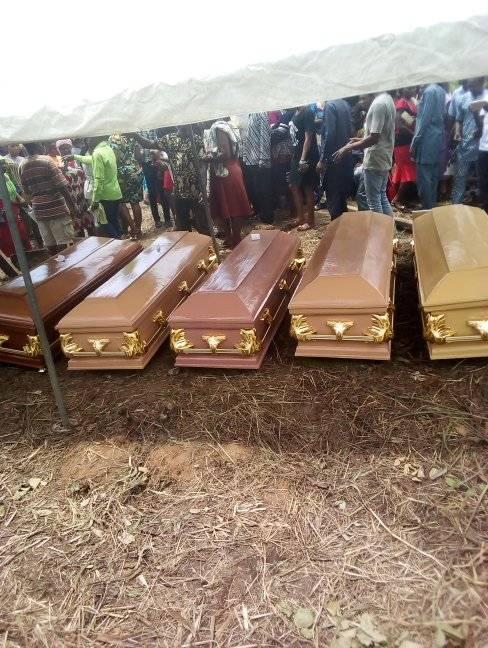 The victims were buried on a Thursday, October 8, in their home town Edem Akai, Ukwok, in Ini Local Government of Akwa Ibom State.

According to reports, the tragic accident happened on their way to a neighbor’s burial at Abak local government. 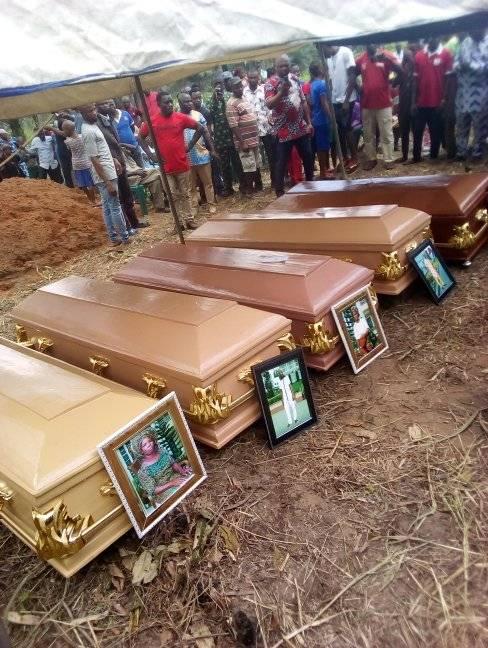 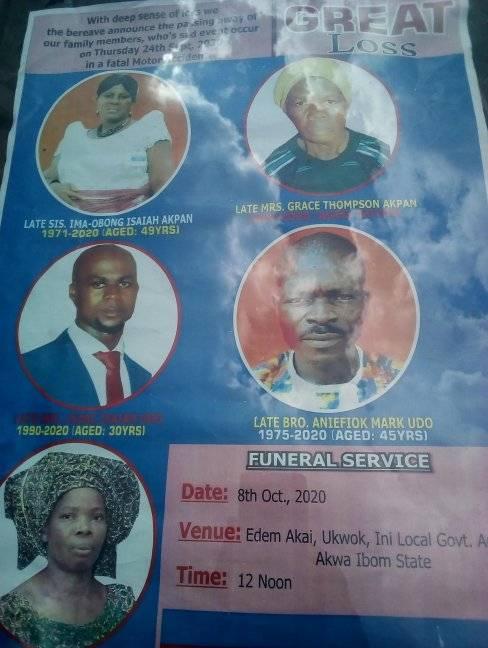