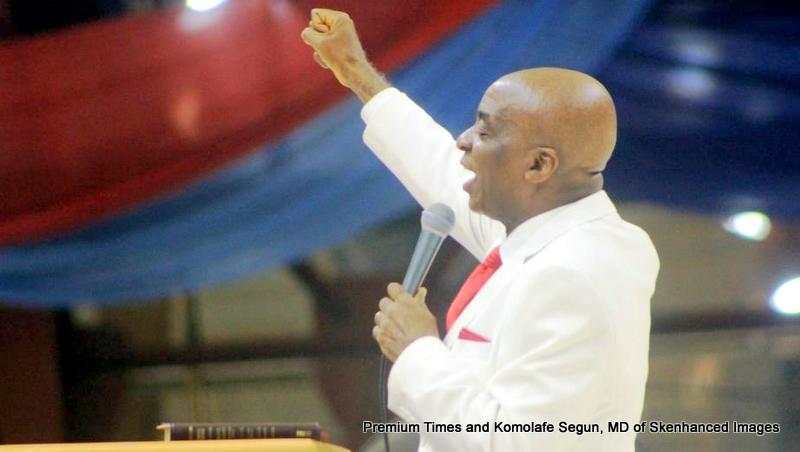 The founder of Living Faith Church, David Oyedepo, has condemned the controversial Hate Speech Bill being considered by the National Assembly, describing it as deriving from a stone-age mentality.

Mr Oyedepo made the comment on Saturday at the closing ceremony of Shiloh 2019 – an annual event of the church.

The cleric expressed anger over a provision of the bill that prescribes the death penalty for offenders. He said the bill is targeted at citizens who criticise the government.

He also wondered why the lawmakers and the federal government have not prescribed death penalties for bandits, terrorists, kidnappers among others.

He said killings and corruption which should be tackled with all seriousness are not considered to be problems by those behind the bill.

“…you will see somebody and cut his head then you are free but you say to somebody ‘you are stupid’, then you die. Can you imagine that? It is a stone-age mentality,” he said.

He queried the government for attempting to shut up people who say it is performing poorly.

“You think we are all dummies? What education do you have? Where did you get it from that you bamboozle everybody?

He thereafter, posed a question to the congregation, “please hear me and answer me, is this government doing well?”

Mr Oyedepo also said the bill is dead and Nigerians are free from it now.

There is nothing wrong in trying to make attempts, he said.

Earlier, Mr Oyedepo said nobody could gag him because he is a prophet and he is only answerable to God.

“Hate speech is one of the craziest ideas. You want to hang somebody for telling you the truth. The roads are bad and you say that is hate speech.

“You can silence everybody but not a prophet. A prophet is answerable only to God. What God tells him to say, he said on the first day of the event.”

He said no matter who was backing the killers on the rampage in the country, they would not escape the wrath of God.

The National Commission for the Prohibition of Hate Speech Bill was reintroduced in the Senate on November 12.

It prescribes the death penalty for anyone found guilty of spreading a falsehood that leads to the death of another person.

RAPID GIST reported the full provisions of the bill.

A similar bill was introduced to the Senate on March 2018 for consideration and passage. It, however, did not make it through to third reading.

The reintroduction of the bill has generated controversies among Nigerians.

Some civic groups and political parties have kicked against the bill because of its narrow and unclear definition of what constitutes hate speech.

Already, the senator who reintroduced the bill, Sabi Abdullahi, claimed he was receiving threat messages after the first reading of the bill.
He, however, said he is not a coward and will not back down from his decision to push for such a law.