Nollywood Actress. Didi Ekanem has revealed what she feels might happen if the #ENDSARS campaign becomes a fruitful one in the end.

The #EndSARS campaign which has taken a prominent spot nationwide in the last few days as more youths and celebrities alike have joined the movement. 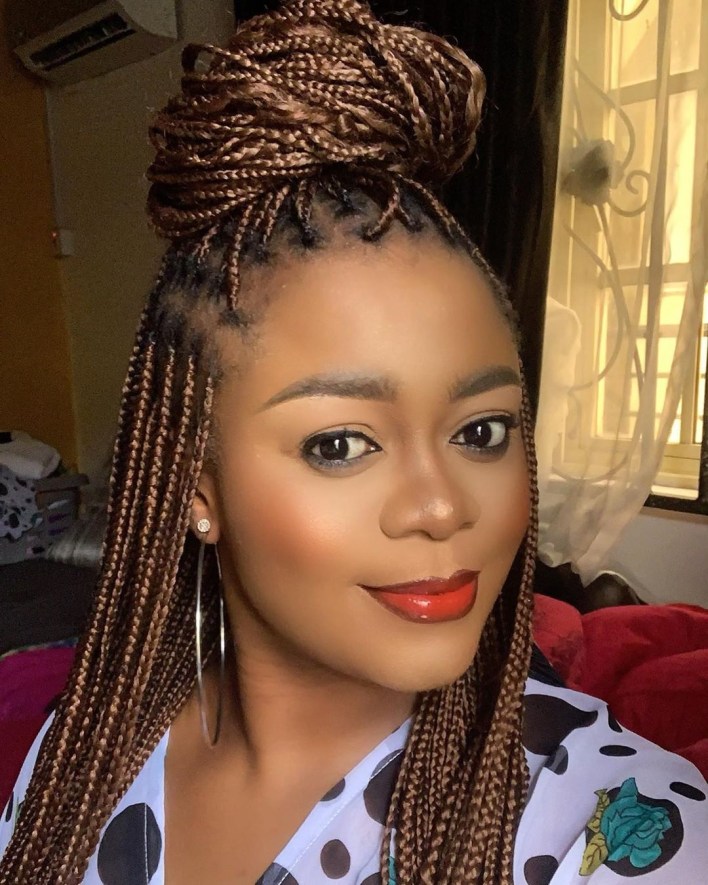 The actress who revealed that she wants SARS scrapped, added that her fear is they may become ”armed robbers since they were already one in uniform.”

#EndSars and provide a better means of protection for us. I’m worried that these SARS men will now venture into full time robbery because they were already criminals in uniform. #endsarsbrutality 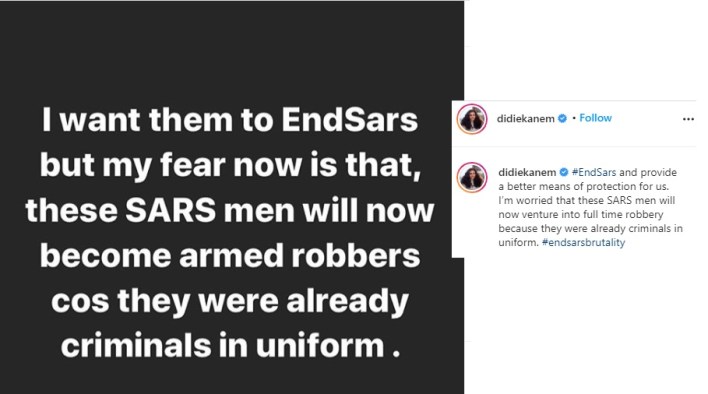 #EndSars: Angry protester refuses to back down despite being flogged by soldiers (Video)

I Joined Cult To Meet Davido, I Was Told He Is Member Of Aiye — Suspect