A Nigerian lady unfortunately met her demise after she fell into an elevator shaft inside a hotel in Asaba, the capital of Delta state.

According to a Facebook user, the lady, identified as Adaobi Enechukwu, who is a native of Adazi Nnukwu had travelled down to Asaba for a wedding ceremony at an hotel and unknown to her, she walked right into the elevator shaft without waiting for the elevator to come to her floor yet.

The elevator door, which was not supposed to be opened, was opened and made Adaobi lose her life. Nnamdi Ezewuzie, who shared the incident on his Facebook page, blamed the hotel’s management for lack of proper management. 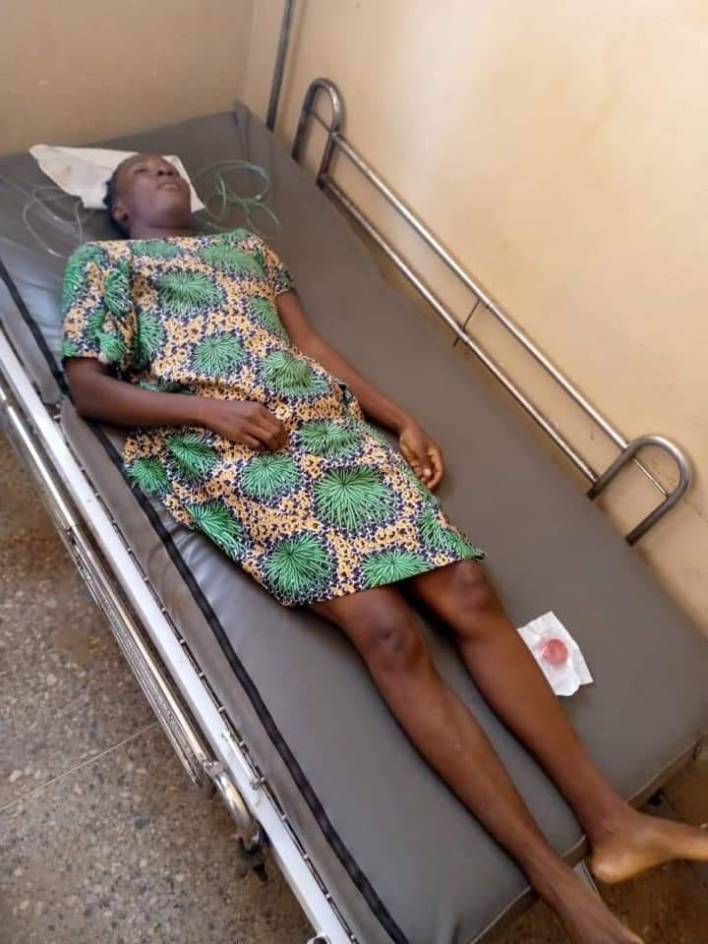 She traveled to Asaba for a wedding ceremony on this hotel called Villa Toscana Hotel, along okpanam road, opposite Nigeria Police Headquarters,

Adaobi Enechukwu annunciator, A native of Adazi Nnukwu met her death due to the carelessness of this hotel management that refused to work on their faulty elevator.. The Elevator door was open and the poor girl walked into that trap without knowing that the elevator didn’t come up. It’s too bad to have such in a hotel and it’s open for biz. 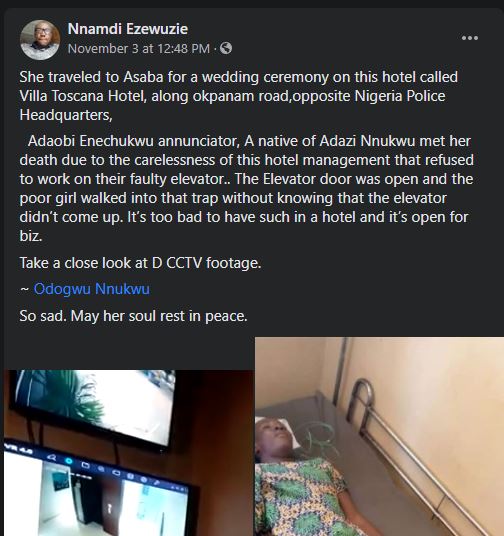 ”900k PAID” – Comedian Ebiye announces, days after being called out over a debt

Group of church women spotted lying on the road in Benue, praying against Coronavirus (photos)