The video of an unidentified Lady, who blasted a tout for harassing her in computer village, Ikeja has gone viral. 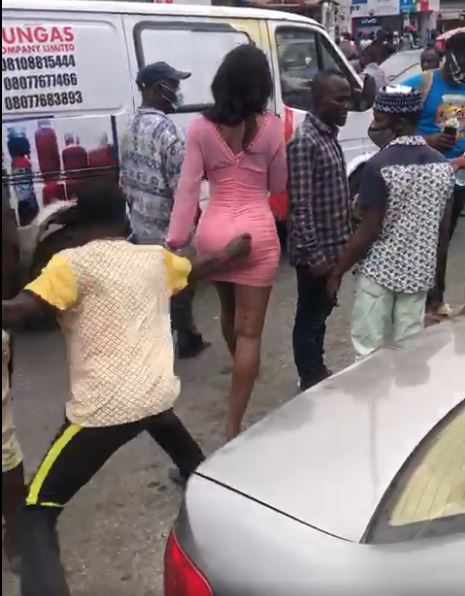 In the video, the lady was seen walking, while the guys around the area were making videos, and dropping offensive comments about her dressing.

The lady who wore a pink body- con gown, was oblivious and was walking past the road, when a tout appeared from nowhere and hit her butt.

In response, she turned back to reign curses on the tout. 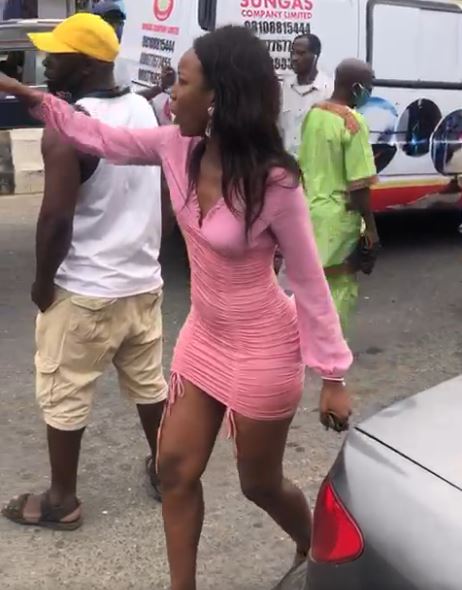 Just last month, there was drama in a bus in Lagos after a lady went wild and fought dirty after she was allegedly sexually harassed by a co-passenger.

Unfortunately, it was the lady who fought back after a co-passenger allegedly sexually harassed her that was left behind as the bus driver drove off.

The craziest thing happened today. This woman claimed the man touched her and just went berserk in the bus. Conductor and passengers had to find a way to discharge her

Woman thrown inside a well by a kidnapper, rescued alive after 3 days (Videos)

Boy who wrote O’level exams 17 times, reveals the sacrifices made by his mom

“I am totally scared of being in a relationship” – Mr Macaroni