A female student of Ladoke Akintola University of Technology (LAUTECH) allegedly ran mad after jumping off a bike in Ado-Ekiti, Ekiti state. 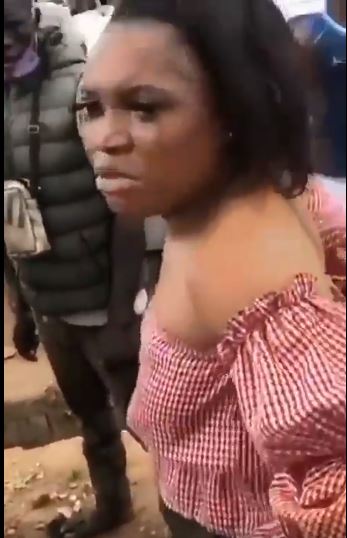 In a video that is slowly becoming viral, a crowd is gathered around the lady and she is seen giving unintelligible responses to the questions from people gathered around her.

She mentioned in a dramatic way that she is from Ogbomoso and currently a student of LAUTECH.

At one point, she went and knelt before a man who grabbed her head, as though he wanted to cast out a demon.

The lady also mentioned something about being raped.

There are speculations that the lady was under the influence of drugs, not mentally unstable.

See the video below,

I lost my husband and children to my younger sister – Gospel singer, Gloria Doyle recounts

Photos of youths butchered by suspected herdsmen in Plateau State