A soldier’s wife was stuck with her lover after they encountered the charm for sexually infidelity known as ‘magun’.

Specifically, Magun charm is a  type of trap popularly used among the Yoruba natives who suspect their partners are cheating; and decided to trap them so that they can be caught in the act. 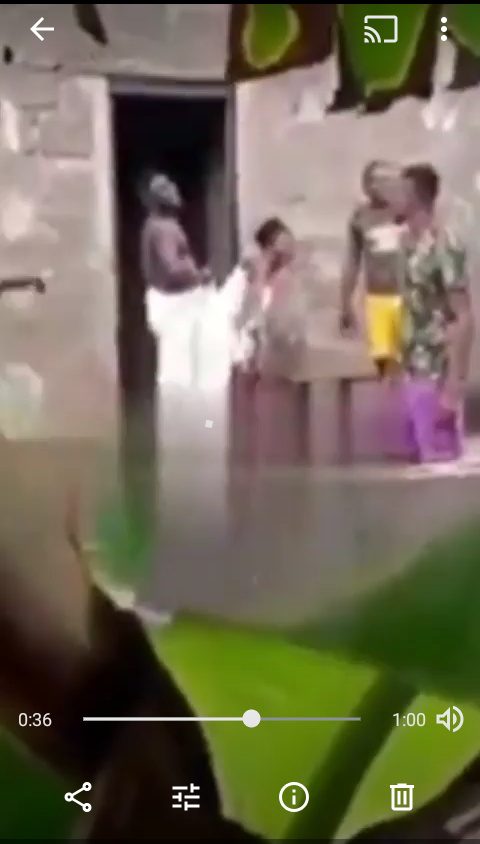 Magun which has different names in other tribes also has different types and can become fatal if the person who set the trap is not available to provide the solution within a particular period of time.

In this narrative, the magun made the cheating lovers duo get stuck to each other while making love at a yet to be identified location. However, it is suspected to be a community in the south-west area of Nigeria because of the Yoruba language spoken in the viral footage. 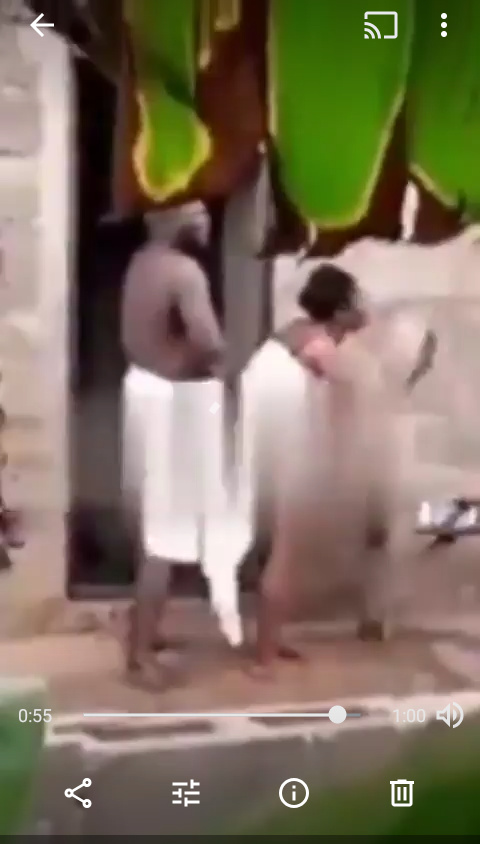 The lovers, after discovering their ordeal, covered their nude with a white bed spread and rushed out from their private closet to seek for public help.

An eyewitness was seen scampering around for solution as he pours water to see whether it could help them get separated. Unfortunately for them, they remained stuck after several efforts. The man remained pinned to his lover from behind.

The male victim, speaking in Yoruba was heard saying;

” Please help me, don’t let me be disgraced”,

“Please don’t blow my cover”, He said in tears.

Infuriated by the plea, the eyewitness who was scampering around for a solution lambasted the man for coming to sleep with another man’s wife in his house.

In fact, he revealed that the woman is a soldier’s wife.

Other eyewitnesses who recorded the video from a secret cover; while commenting on the incident said.

“They know the male victim, the man likes woman, good for him, they are now in trouble”.

UNN Graduate Puts Up Bsc, NYSC Certificates For Sale Over Lack Of Job