Aman has taken to his social media account to share photos of the bizarre way his spouse usually opens a nylon of bread and this has had people in talks.

The man took to his Twitter page to reveal that he fears for his safety living with his wife as he shared photos of a loaf of bread which was savagely torn by his wife. 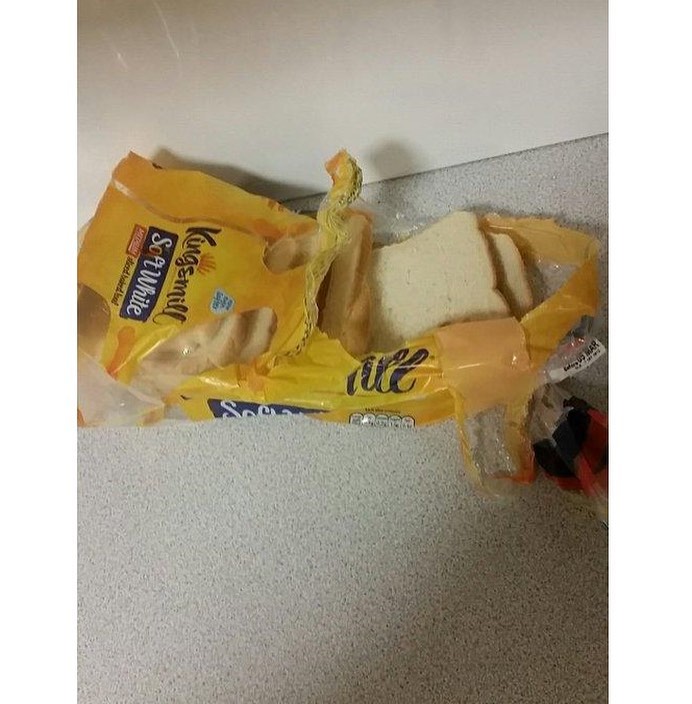 In the photos, the nylon of the bread is seen torn from the side and not loosed from the top. The Twitter user shared the photos with the caption.

Photos in full below,

His tweet has caused a lot of Nigerian netizens to react as they ask whether or not he was aware of his wife’s nature before he married her… Some of them referred to his wife as savage and someone he should worry about.

See some reactions below, 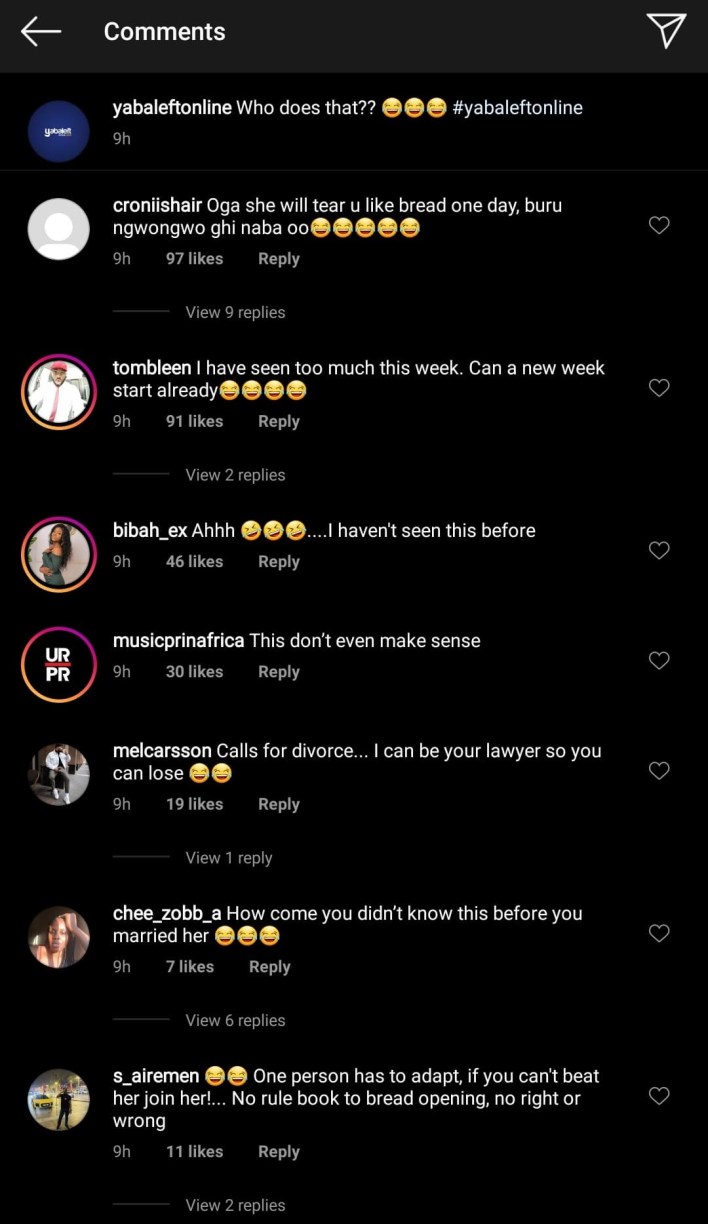 The Moment A Man Dies during a eating competition – Watch Video

Lagos to give 10,000 radio sets to pupils for homeschooling, says commissioner