A Nigerian man caught the attention of motorist after he was spotted selling a portrait of suspected internet fraudster, Hushpuppi in traffic. 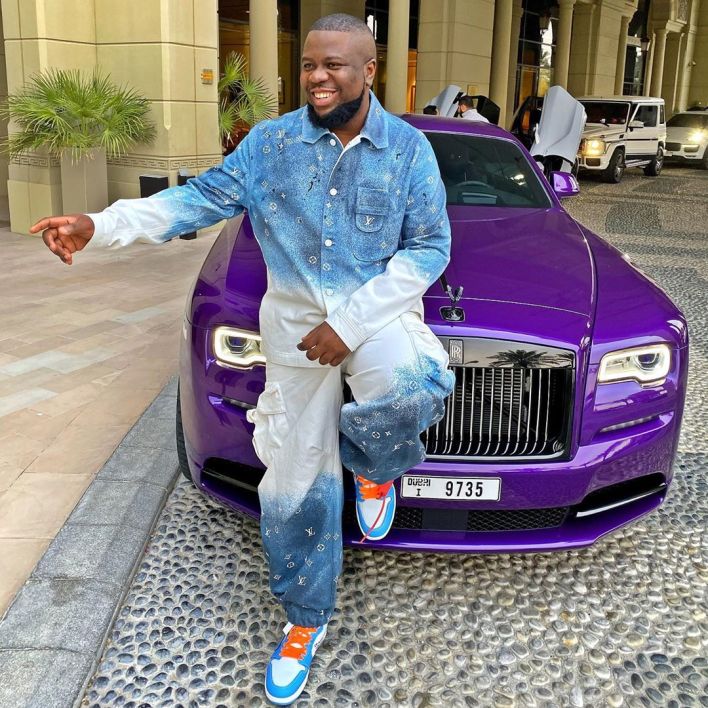 In the short video making the rounds on social media, the seller was spotted with a huge portrait of Hushpuppi.

When asked how much he was selling the portrait, he said he is selling it for N30,000.

Mr Abbas popularly known as Hushpuppi, was arrested for wire fraud in Dubai in June and extradited to the U.S. on July 3.

Before his arrest, the 37-year-old was resident in Dubai and known for flaunting extravagant lifestyles on his Instagram page but never for once, did he reveal the women in his life.

Hushpuppi was arrested alongside Mr Woodbery amongst others by Interpol and the Federal Bureau of Investigation, FBI in Dubai.

Bam Bam & Teddy A Show Off Their Growing Baby

Tacha speaks about relationship with Tekno