33-year-old, Bussa Krishna, has reportedly lost his life, while fasting for American president, Donald Trump to recover from coronavirus. 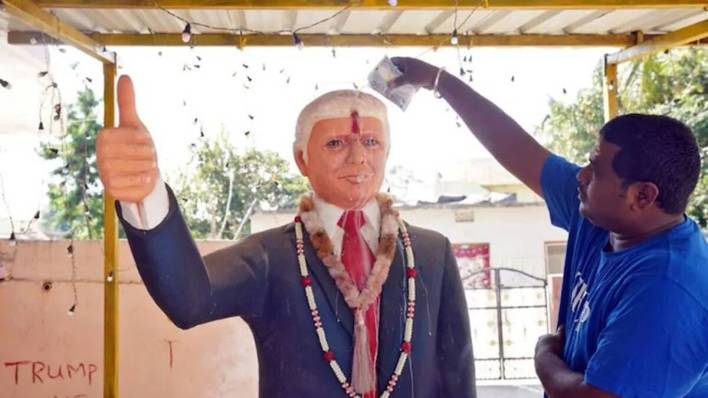 It was learnt that, Bussa who hails from India, worships Trump as a ‘god’. 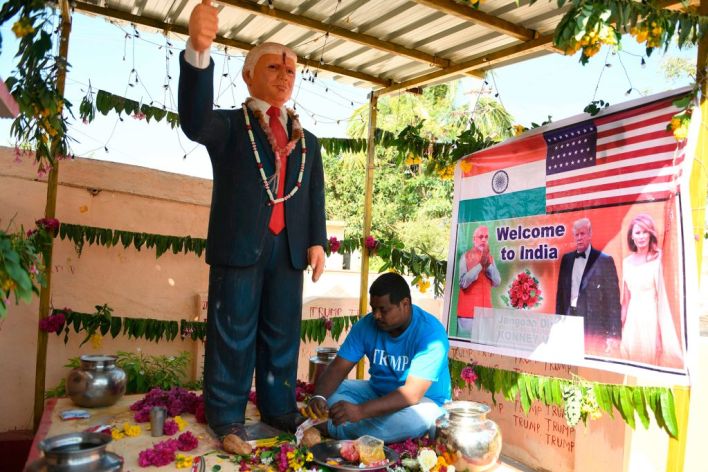 The 33-year-old was concerned about the US President’s health condition following his COVID-19 infection and later died of cardiac arrest on Sunday, October 11th.

The family of the dead, confirming the incident, stated that he started fasting when the news of Trumps Coronavirus infection got to him.

He was feeling depressed for the last couple of weeks after coming to know that Trump and Melania had tested positive for Covid-19. But he was healthy and had no prior medical complications.

It was gathered that, Bussa started worshipping the US president after Srinivas Kuchibhotla, a indian software engineer was killed by a US navy veteran in an alleged act of hate crime in February 2017.

He also built a six-feet statue of the US President which he worshipped, and kept a fast every Friday to pray for long life for Donald Trump.

BREAKING: At least one police officer dies, others injured in accident in Akure (Graphic photos/video)

CBN/NIRSAL reopens portal for MSMEs, individuals to access up to N25 million

Coronavirus: Go and do your last minute shopping now- Governor Sanwo-Olu advises Lagosians as he reacts to Buhari’s lockdown order