A Niagrian lady has taken to social media to advise men to marry women who can at least afford to pay electricity bill in their absence. 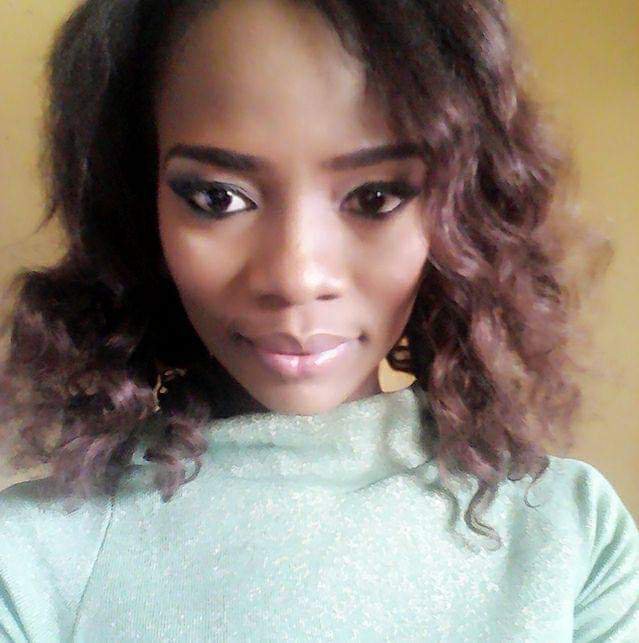 The Nigerian lady identified as Cynthia Anyisia on Facebook gave this advice on the platform today, September 9.

According to her, Nigerian men when thinking of marriage, should lookout for that lady who can afford to “at least” pay electricity bill in their absence, unlike those who would let power supply to be disconnected and wait for the husband to return so they could tell him “honey they have cut our light”.

She wrote in a popular Facebook group, “Marry a woman that can at least pay for Nepa bill. Not the one that will say honey they have cut our light”. 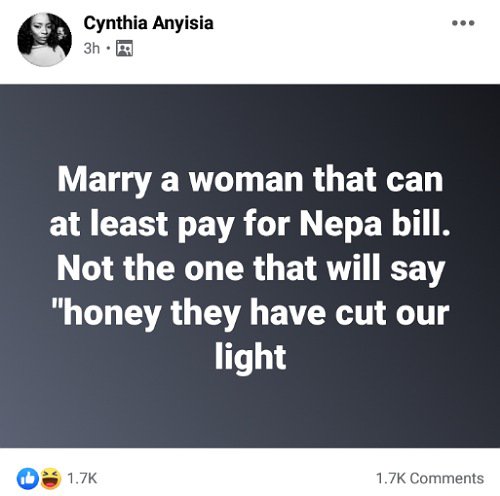 “I love you dad, without you there would be no me” – Yul Edochie hails father, Pete Edochie

“Try again. It not too late,” – Nollywood actress, Shan George, says, as she’s engaged to be married for the 4th time at age 50