Lola is definitely one of the happiest girls in the country as she’s taken to her social media page to share her excitement after her folks blessed her with a brand new car. 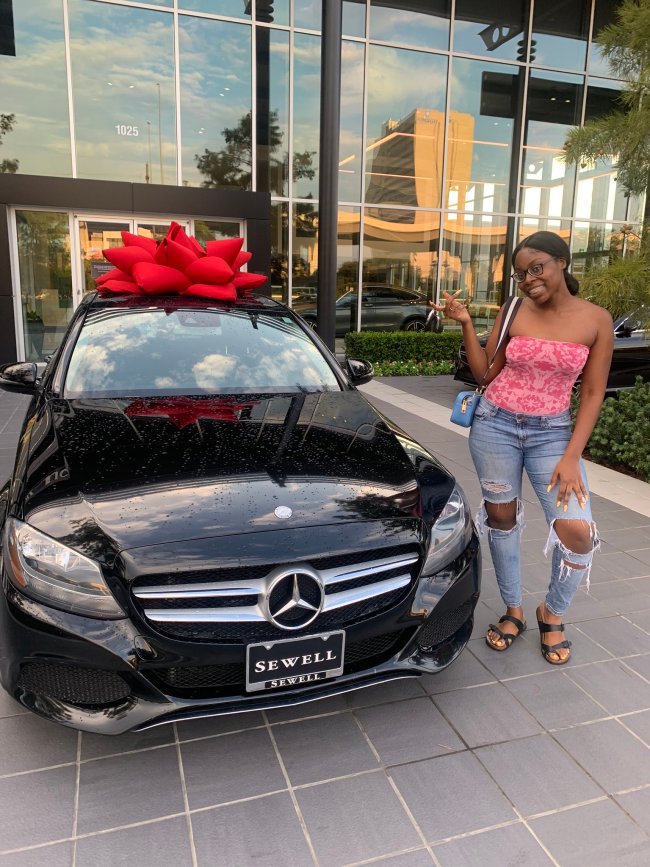 An ecstatic Lola took to her Twitter page to share photos of herself with the Mercedes Benz car —which is her first car— her parents bought for her.

In her post on the social networking platform, she wrote, “Parents got my FIRST car”

Lola shared the photos of herself posing by the exotic whip and garnered a lot of attention, most with utmost admiration and heartfelt congratulations while some had envy and negativity as they stated that her folks buying her the whip was a bad choice.

Lola isn’t going to vibe with bad energy from such people and she made her stance known as she addressed them in other tweets. 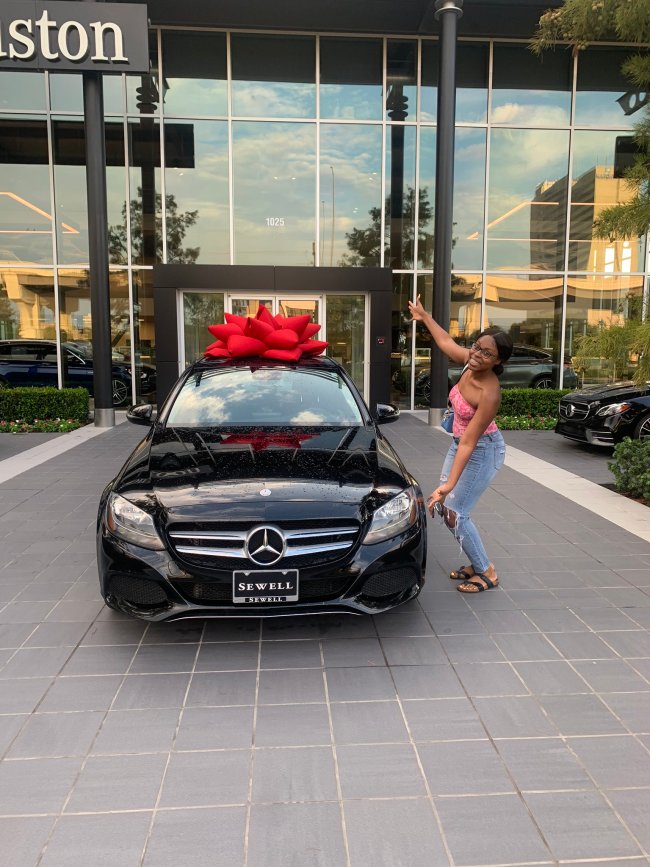 She tweeted: “Why are ppl so negative…my parents trust me but they ain’t letting me drive it for now loll. They have other ones I can practice on so abeg pls shut up with that negative ‘she’s gonna crash’ nonsense”

Lola also added that she is grateful for the gift and thanked God for making her parents the source of her joy, saying she would want to follow in their footsteps of giving.

Parents got my FIRST car

#BBNaija: I’m always unlucky with teammates, Nengi made us lose – Prince Cries out.