Some men of the Nigerian army were on Thursday, seen on camera saving some motorists from police officers extorting them along Aba road. 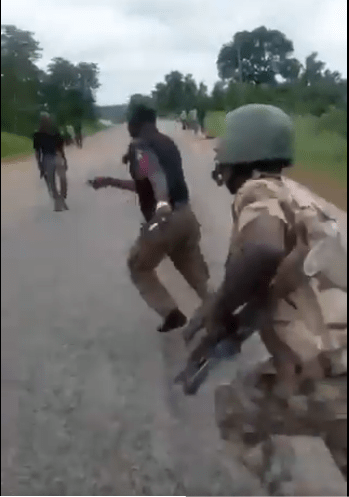 The video which shows the moment it happened, was shared online by social media users — it shows a soldier shouting at a police officer before hitting him.

The police officer is then seen trying to run away but was still chased by the soldier who later stopped. The motorist who was extorted was given back his money and the act by the Nigerian soldiers has been lauded by a lot of social media users.

Watch the video below…