NSCDC has dismissed one of its officers, identified as Corps. Assistant Illiya Ibrahim of the Gwagwalada Division, Abuja for partaking in the looting of palliatives discovered in a warehouse in the state.

Recall that a mob on Monday, stormed the warehouse where they carted away palliatives. 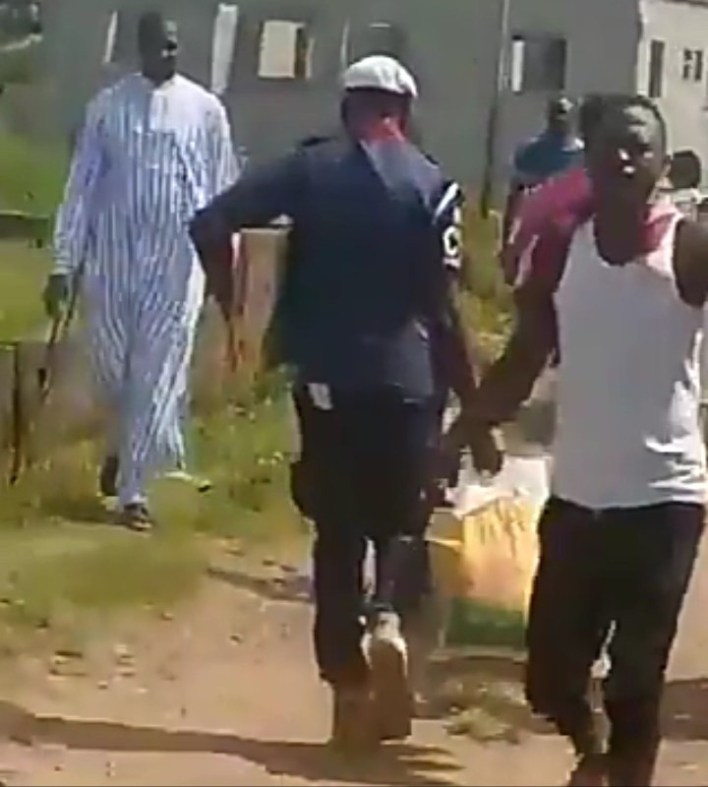 A video immediately made rounds on social media, showing the officer grabbing his own share of the loot.

In a statement released on Tuesday night October 27, Ekunola Gbenga who is the Media Assistant to the Commandant General NSCDC, Abdullahi Gana Muhammadu, said Ibrahim was dismissed for joining the hoodlums in looting Covid-19 palliatives discovered in a warehouse in Gwagwalada, Abuja.

“The recommendation was given after the officer was charged under the public service rule which is related to unbecoming conduct of officers.

“This disciplinary measure was taken after series of investigations and deliberations by the junior disciplinary committee and recommendations were made to the management,” Ekunola said.

The CG appreciates officers and men of the Corps including members of the public for providing useful information that has continue to assist the Corps in identifying unfit individuals within the ranks for appropriate action. He tasked the personnel to remain committed, resolute and firm in the discharge of their duties” the statement read

“Somebody died in this accident, I already accepted my fate but God said No” – Craze Clown breaks down in tears following car crash (video)

Annie should be a good wife for her marriage to work – 2face Idibia’s babymama, Pero Adeniyi breaks silence