In what appears to be Ghana’s version of Big Brother, “Big Brethren Ghana” has had tongues wagging on social media over the disparity of the show as compared to what an actual “Big Brother” show is supposed to look like. 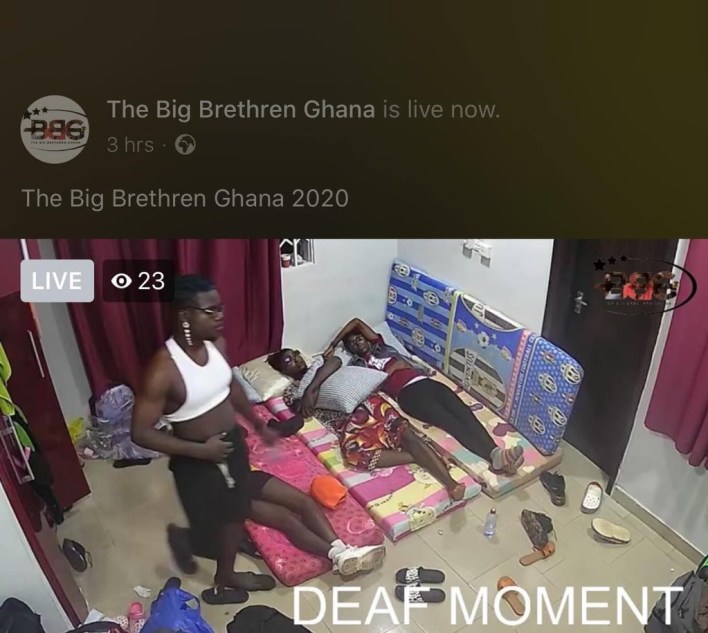 Photos from the reality TV show which was shared online has since caused a stir on social media as some of the housemates were spotted sleeping in an improperly ventilated, overcrowded and dirty room.

Some Ghanaians have taken to social media to express their anger against organizers of the show for “disgracing the country”, as they fear they might get trolled just like Big Brother Cameroon. 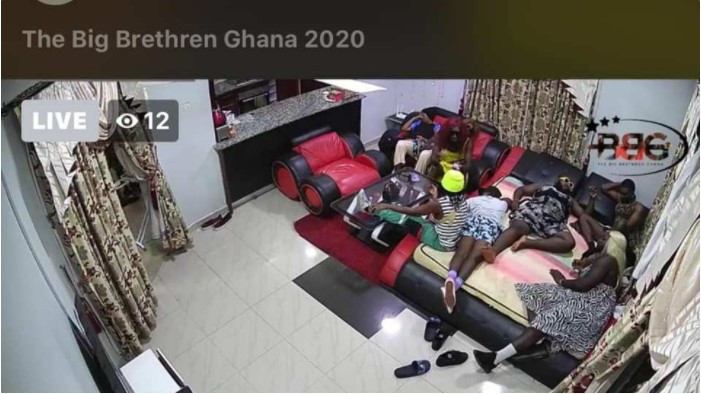 Here are some more photos and reactions to it below; 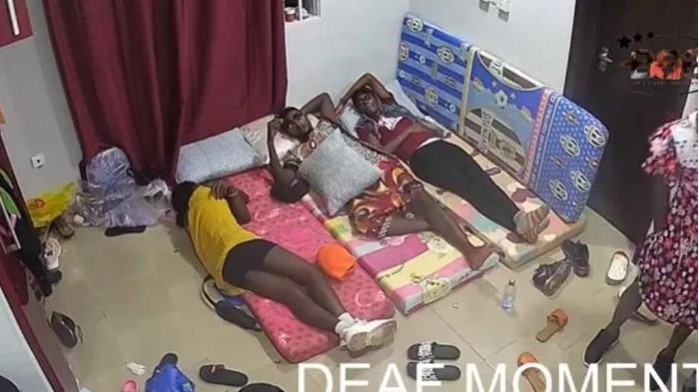 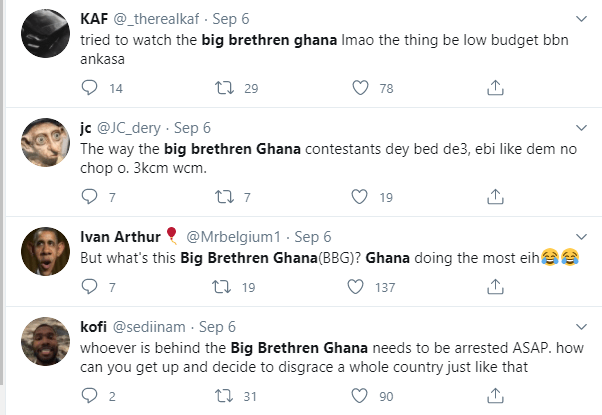 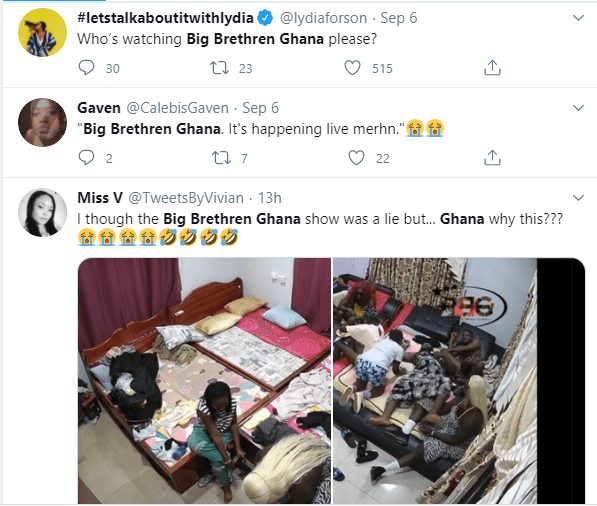 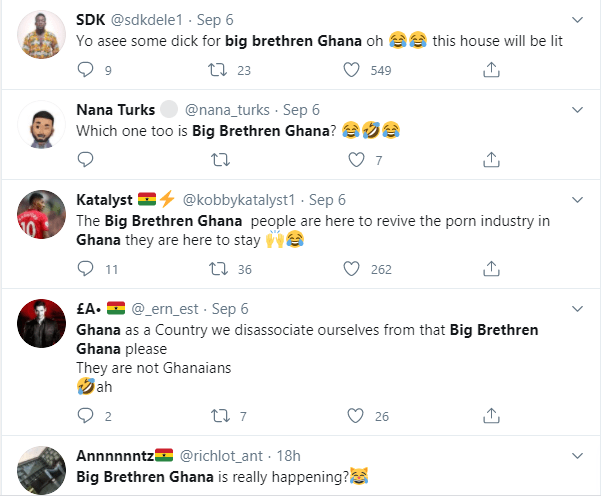 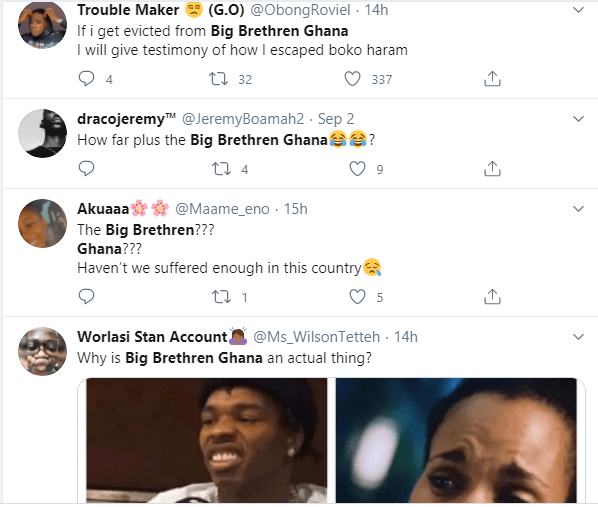 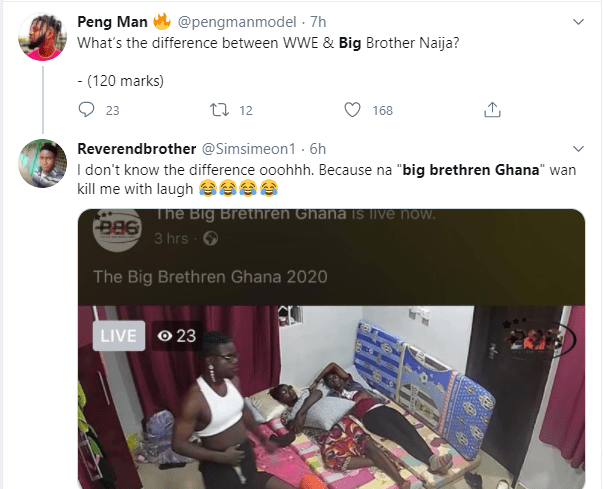