A two-headed calf has enticed worshippers in India after a cow gave birth to it.
Farmer Somanlal Yadav could not believe his eyes when his pregnant cow delivered the deformed calf with its two heads blinking independently.

The two heads were joined at the neck and each one had two eyes, but shared three ears.

Many left cash gifts believing the abnormality to be a miracle.

The four-legged two-headed freak of nature was born on September 5 and news quickly spread. 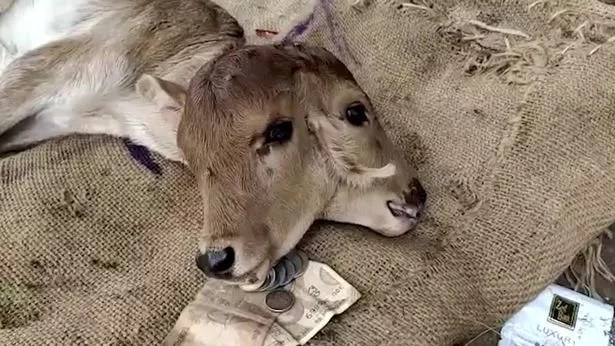 Villagers have flocked to witness the spectacle and some believe it has “miraculous” significance.

Sadly the health of the newborn deteriorated quickly.

The calf passed away after just a few days. 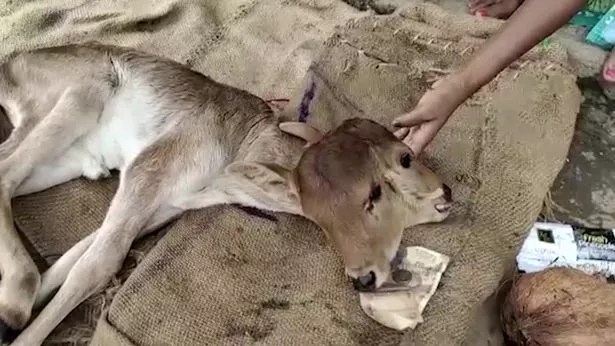 It is not the first cloven beast to have had a following of worshippers in India.

Earlier this year another strange-looking calf was born at a farm in Paarsalai, south India. 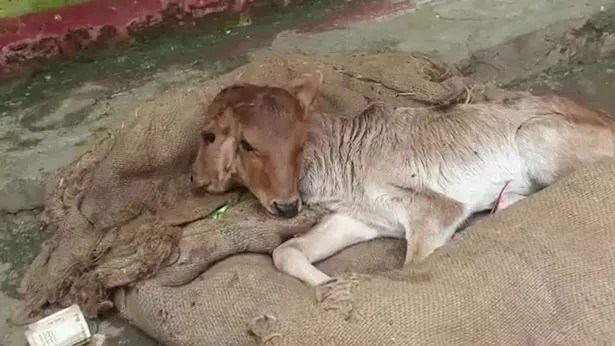 Animals born with two heads do not usually live for long as there are numerous complications with their development.

In some regions of India, the cow has a sacred status.

Nepal and most states of India forbid the slaughter of cattle, with their meat being taboo.

This is because many ancient and medieval Hindu texts promote the protection of cows, with Hindu god Krishna often shown with cows.

Student proposes to his classmate after WAEC exam, she accepts (Video)