Risikat Azeez, the blue-eyed lady who accused her husband, Wasiu Dada of abandoning her and their daughters because of their unique blue eyes, has given her marriage another chance as she recently reunited with the ‘runaway’ husband. 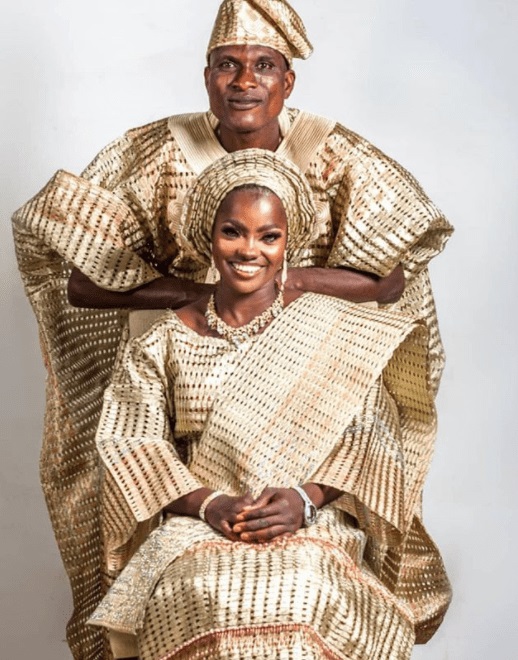 The aforementioned statement was further proven with the above stunning new photo of the couple wearing matching traditional outfits which was shared on Instagram with the caption; “Love Lives Here Forever 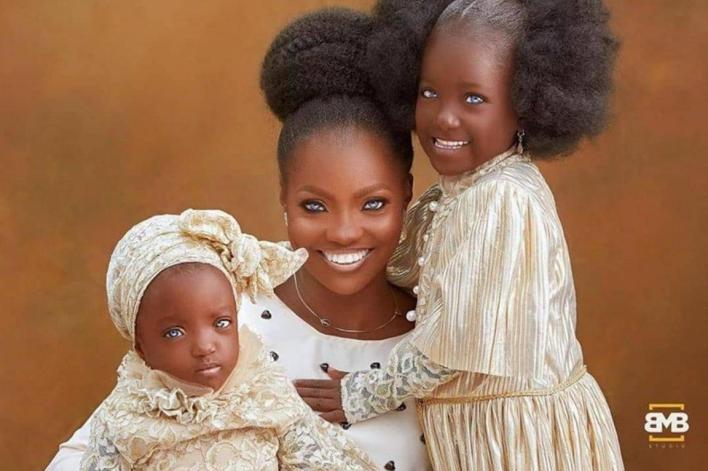 This is coming one week after Wasiu in an interview with Punch, denied the allegation that he abandoned his family.

According to him, he fell in love with Risikat because of her eyes and that he never regrets having daughters with blue eyes.

Lady massively rewarded after helping a stranger with her last N600

“I loved you from the very start” – Nina Ivy writes as she finally shows off her son, Denzel