Ritual rites was held in Lagos today to welcome Oba of Lagos, Rilwan Akiolu and his staff of office to the palace. 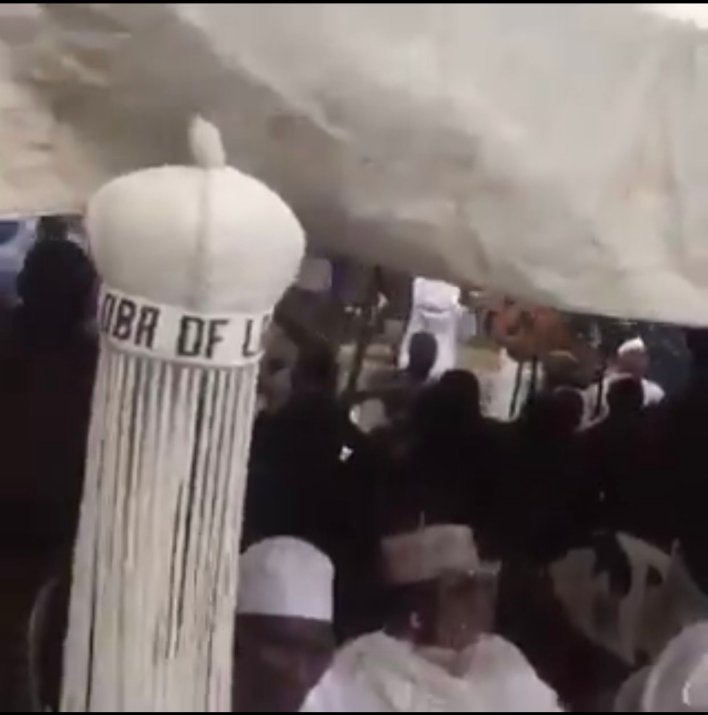 Recall that the staff of office of the Lagos monarch which was stolen after some suspected hoodlums invaded the Palace of Oba of Lagos, has been reportedly returned. 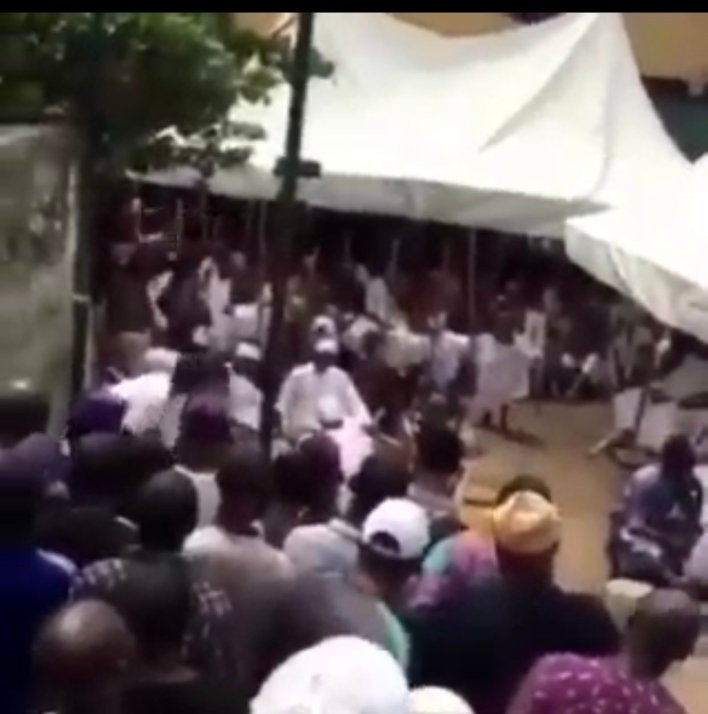 According to reports, the staff was placed by the wall and was found inside a room scattered with papers which was destroyed by the hoodlums.

The king who was extracted by soldiers just before the rampaging youths invade his residence, is said to return to the palace tomorrow October 28th, and ritual rites have been held in preparation for his return.

– Possession walk for the Legitimacy of the new staff of office of the Oba of Lagos.

Prophetess arrested after a woman died in her church during childbirth