A video making the rounds on social media has shown the moment a groom burst into tears after he was asked to kiss his bride. 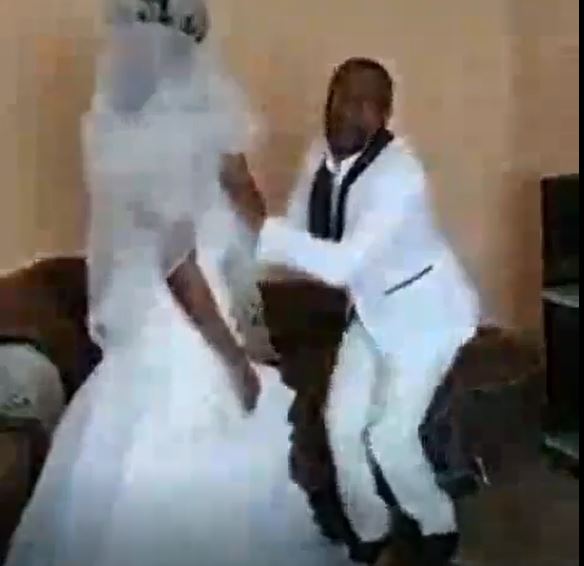 In the video, the bride and groom were seen facing themselves and then a voice was heard saying – “you may now kiss the bride”.

As soon as the instruction was given, the groom immediately burst into serious prayers and began to speak in tongues. 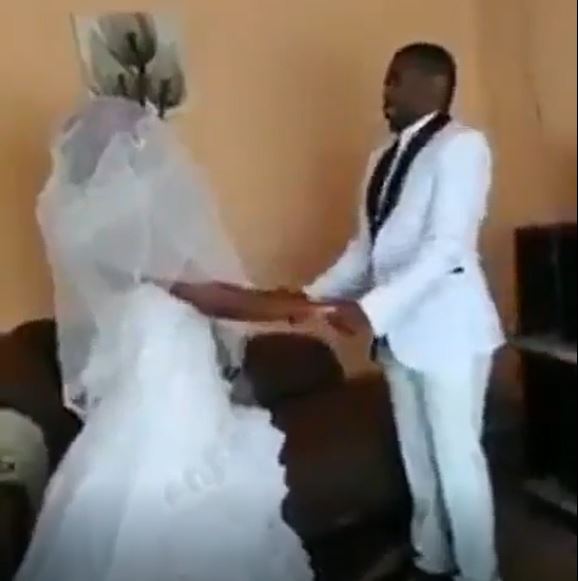 At a point, he stretched out his hand to unveil his bride’s face, but then he couldn’t complete his mission as he quickly started another round of tongues. 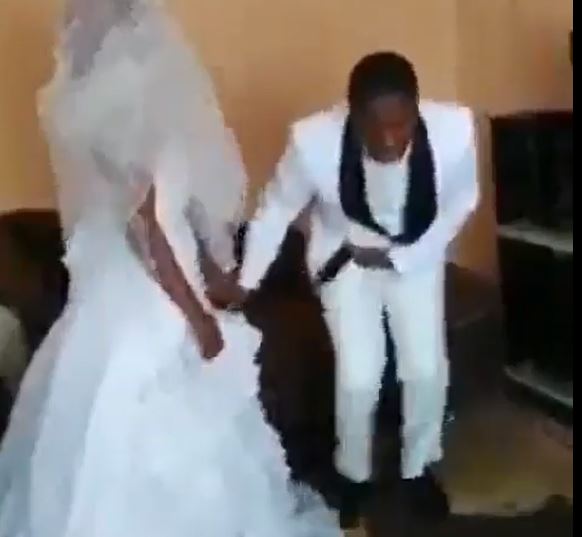 In other news, a Kenyan preacher, Pastor Godfrey Migwi recently announced that he won’t officiate any wedding in which the groom is yet to see his bride’s face without makeup.

The Pastor who noted that the groom should see his bride’s face without makeup at least 3 weeks before the wedding, added that this is one of the major reasons people are divorcing.

Migwi also called on other church Ministers to follow suit for such cases to reduce.

”I decree and declare as a called and ordained minister of the gospel by God’s grace of this generation and as a licensed pastor in this nation through our constitution,

“I will never officiate any wedding in the church if the man has not gotten the privilege to see the bride face to face without makeup at least three weeks in their courtship.”

READ ALSO  “If there is any girl on earth that I have slept with since marrying my wife, please speak publicly” – Reno Omokri
Share
Facebook Twitter WhatsApp Telegram Print