A Nigerian man identified as Tosin Silver, has taken to social media to blast popular actress, Eniola Badmus for allegedly treating him badly. 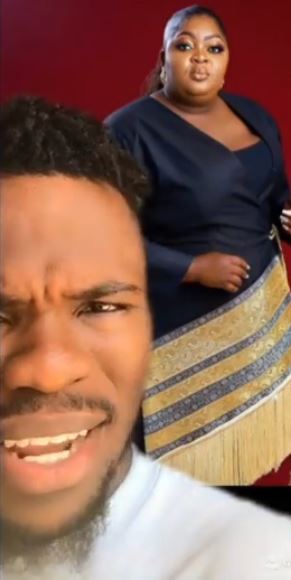 Tosin who claimed that he used to handle social media fan pages of some celebrities, but has since stopped because of the ill treatment he gets from them.

Recounting what transpired between them, Tosin stated that Eniola Badmus was one of the celebrities he handled social media fan pages for, but was badly treated by the actress.

According to him, he asked Eniola for money sometime ago, for his efforts in managing the page but Eniola turned him down and warned him that she doesn’t owe him any money or gift.

“I used to handle fan pages and I used to post about her on my website. One day I asked her, madam how far, what can you give me? And her reply was she doesn’t owe me anything”.

Couple who allegedly killed their 7-year-old-son for ritual purpose, arrested in Ogun State