A suspected fraudster was caught with human faeces in the Okpanam area of Delta state and after discovering what was in his possession, residents and authorities in the community made good sure he faced the greatest embarrassment of his life. 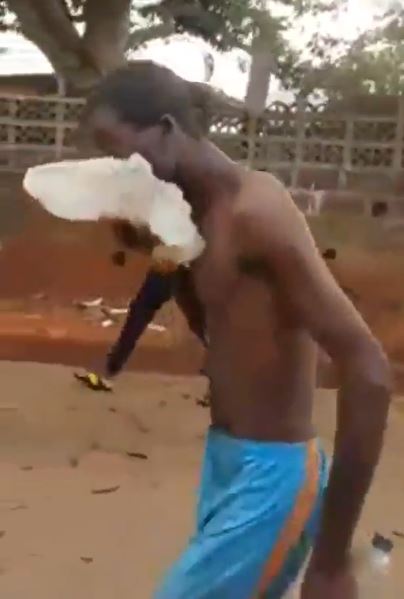 The man who reportedly came into the Delta community from Anambra state was made to eat the faeces after he was caught with it by some vigilante members.

When interrogated by residents of the community, he affirmed that he needed the human faeces for a money ritual purpose.

Controversial Nollywood actress and comedian, Etinosa Idemudia has shared her two cents about the arrest of Dubai-based Nigerian big boy, Hushpuppi by FBI and Interpol.

Etinosa, in her reaction to the infamous arrest, hinted that the girlfriends of these internet fraudsters should also be arrested.

She shared a video on her page where she can be heard saying,

There’s one nonsense thing Police does that i do not like.

When they successfully arrest an internet fraudster, they will not arrest the girlfriend, it is not fair. They are supposed to arrest the both of them because if they don’t do that, the girl might go on to meet another boy after she must her enjoyed the money of the former boyfriend.