Nollywood actress, Annie Idibia has aired her disgust over a publication which claimed that she has cancer and needs urgent prayers. 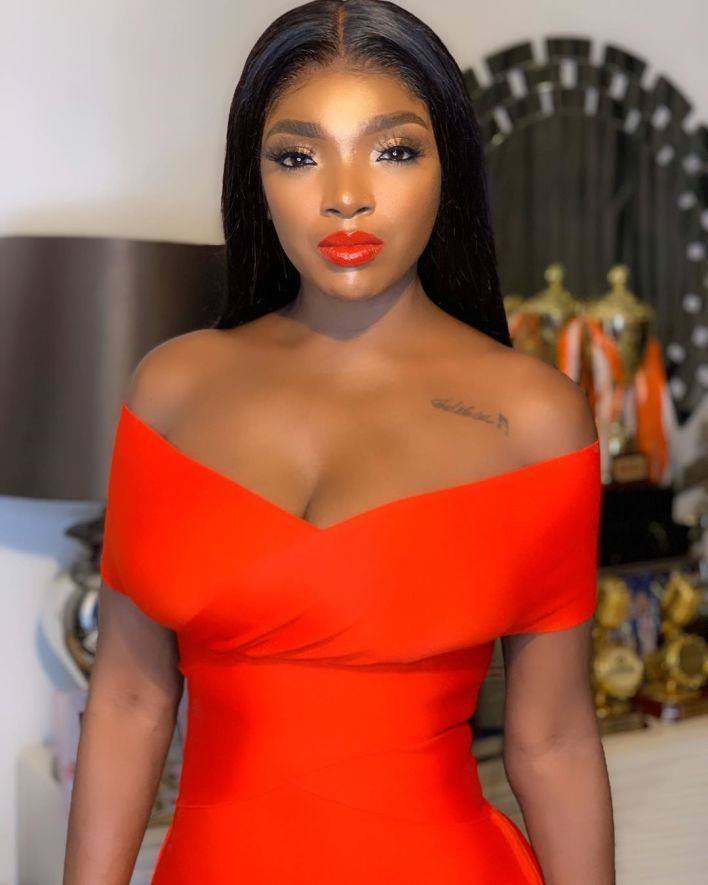 The actress and mother, took to her social media page to share the screenshot of the post which was made on Facebook. In the post, a photo of the actress is placed by another photo from a photo shoot where she was transformed to look like a bald woman for a cancer campaign.

The publication had it that Annie’s husband, singer Tuface Idibia was begging for prayers for his wife who is “battling cancer”. 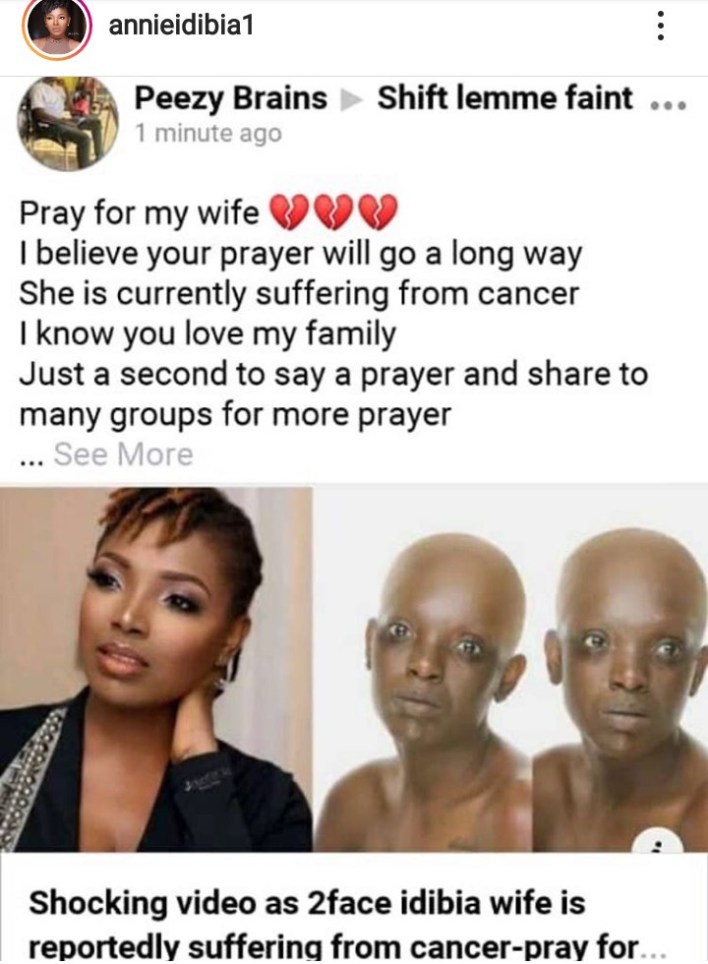 Annie slammed the reporter and demanded that it be taken down immediately. She wrote,

Why Would Anyone Do This Just To Get Traffic To Their Blog !!!
This Was A Campaign I Did With A Very Creative Makeup Artists Against Cancer 3 Or 4 Years Ago I Think ! It’s Really Unfair To Post Such A LIE Just For Traffic! Whoever did this , I Pray That You Or Your Love one DONT Encounter This ! This Isn’t A Joke ! TAKE IT DOWN NOW!!!!

Nigerian Couple welcome their first child after 8 years of waiting