Gloria Ugolee, has taken to her social media page to mourn her friend, Chika Ernest, the pilot of the ill-fated helicopter that crashed into a wall separating two buildings in Opebi, Lagos state on Friday, August 28. 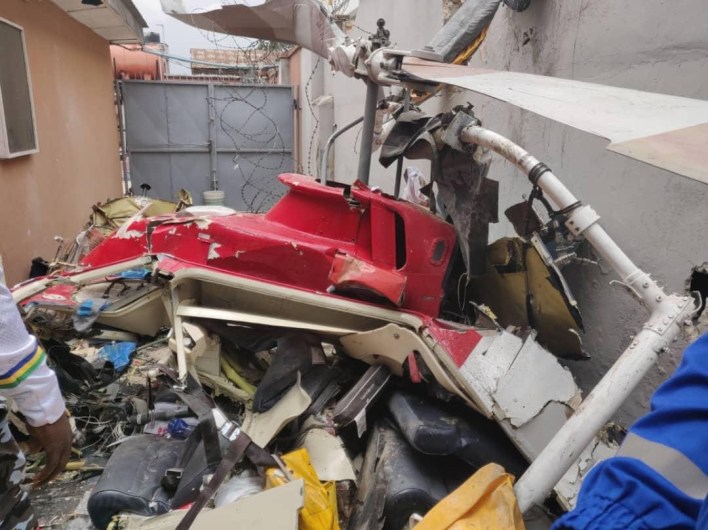 There were three crew members in the helicopter belonging to Quorom aviation, that flew into Lagos from Rivers state. While two of the crew members died at the scene, one of them who happens to be the pilot, Chika Ernest, was found alive and was rushed to the hospital. 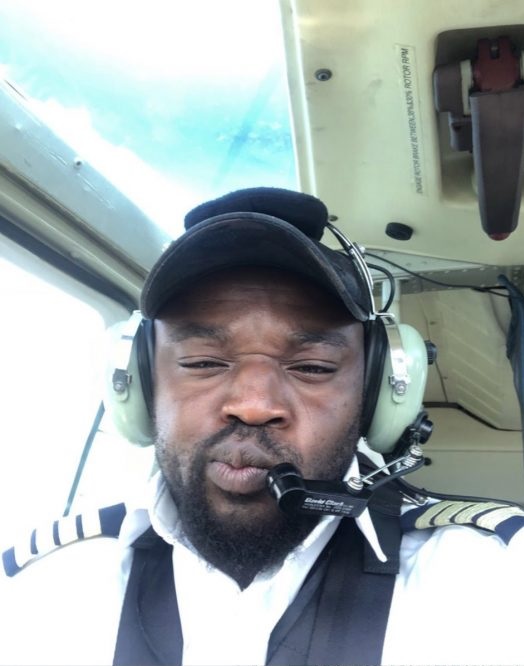 Gloria however, revealed the late pilot died as the hospital waited for a police report.

”Captain Chika Ernest,pilot of the plane crash in opebi Lagos this afternoon. He emptied the fuel tank to avoid explosion on impact,he crashed on a fence avoiding the roofs and house. Always looking out for others. My brother and friend since primary school, said he was in pH just this week, and now he is gone. Taken to the hospital but after taking all the videos for social media, they waited for police report untill he died. I miss you is an understatement. John11:23-25 my only consolation.” 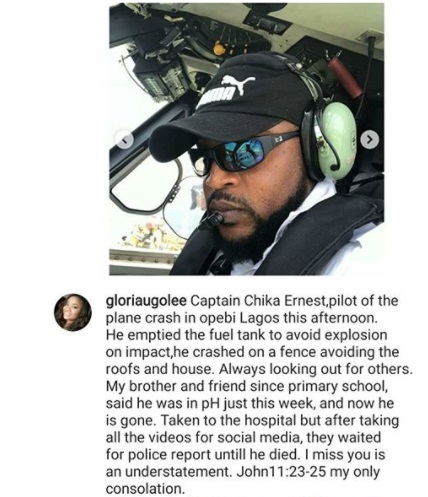