A video making the rounds online shows the moment a ”little boy” gleefully drank from a bottle of beer while in party with adults visibly present. 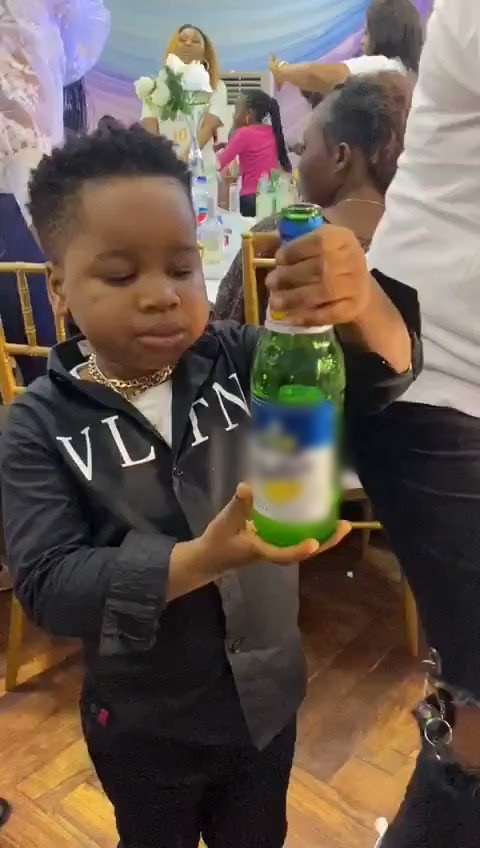 The clip was met with a lot of criticism from social media users as they noted it was bad parenting to allow such behavior at his age. 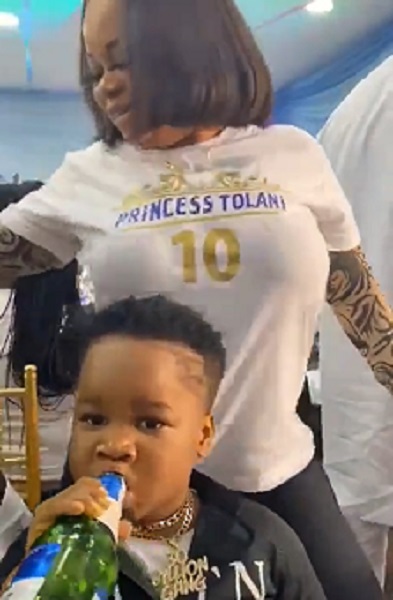 Izanate, who shared the clip on his twitter page, wrote ;

What the hell is this video. Damn we don’t have child protective services in this country for real.

This is just wickedness.
Failed parenting

Irresponsible parenting is what it is. It’s even sadder to see some justifying it talm bout “It’s just star radler “

innocent looking little man enjoying his juice….. I’m sure he doesn’t know which is which…. I blame the adult that gave him that….

When you are marrying, marry someone who’s intelligent and knows what is right. Marry someone you will be proud your kids can become. Not brainless someone with only show off attitudes, if not ,you will have problems.

Child abuse varies in many form, case in point.
If this happened in Lagos the LAS Ministry of Youth and Social Development handle should be tagged or an appropriate authority/body responsible for children welfare if outside Lagos. This is highly intolerable