Corpse of Tolulope Arotile, Nigeria’s first female fighter pilot who died after she was knocked down by her former classmate has arrived the Military cemetery in Abuja for burial. 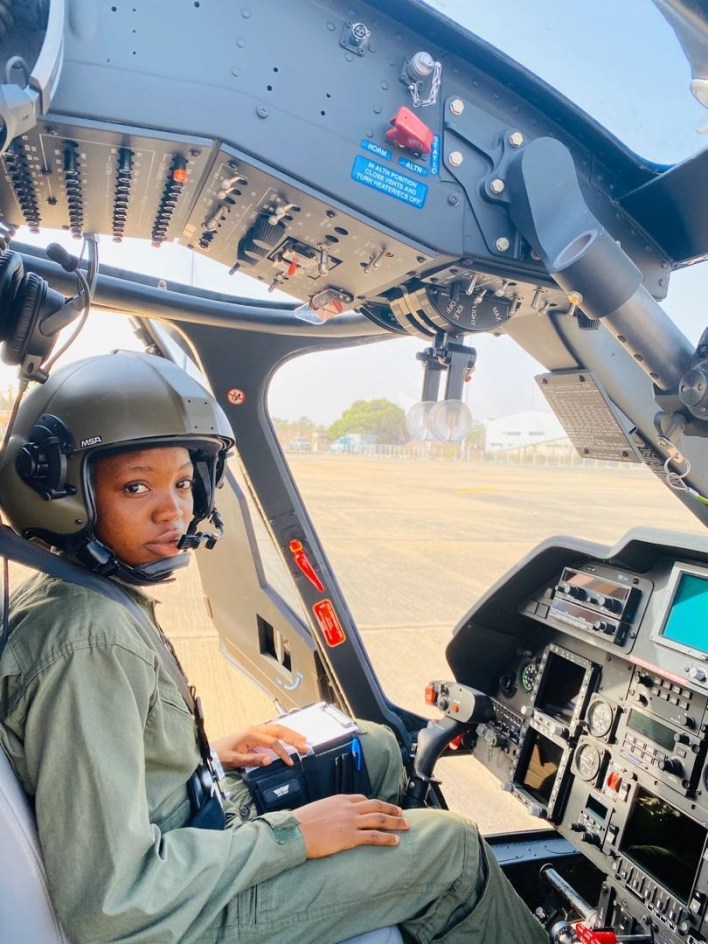 Recall, Flying Officer, who is Nigeria’s first-ever female combat helicopter pilot, died at the age of 23 years after sustaining head injuries from a road traffic accident at the Nigerian Air Force (NAF) Base in Kaduna.

However, Nigerian Air force unveiled the identity of the classmate who knocked down Tolulope Arotile.

Ibikunle Daramola, air force spokesman gave the name of the man as Nehemiah Adejoh and also disclosed that he and two other civilians were at the Nigerian Air Force base in Kaduna to visit the wife of a squadron leader.

Here are photos from the burial ceremony which is currently ongoing; 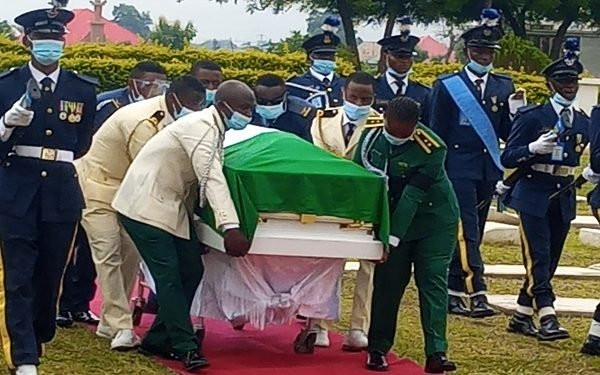 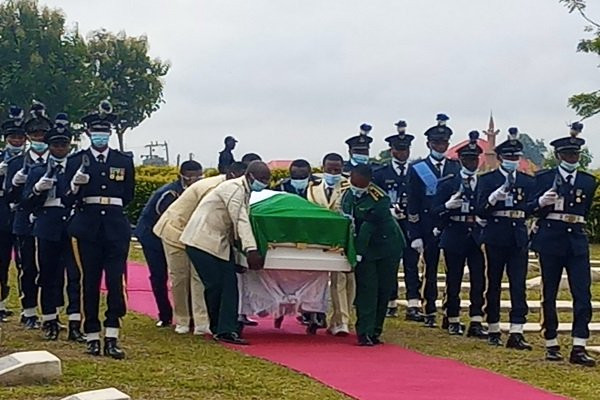 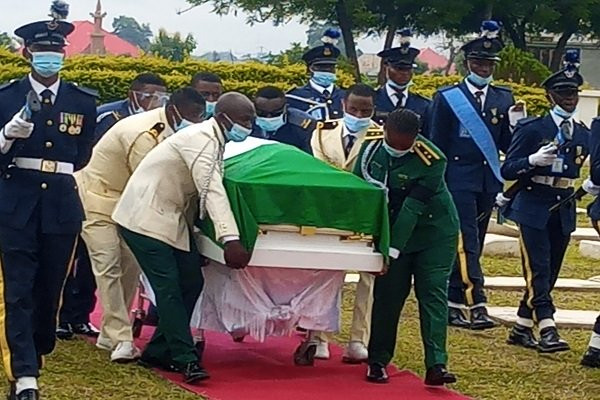 NSCDC bans display of firearms by personnel in public functions