A video making the rounds on social media captured the bizarre moment two women wrestled in a dirty pond not minding the health hazard. 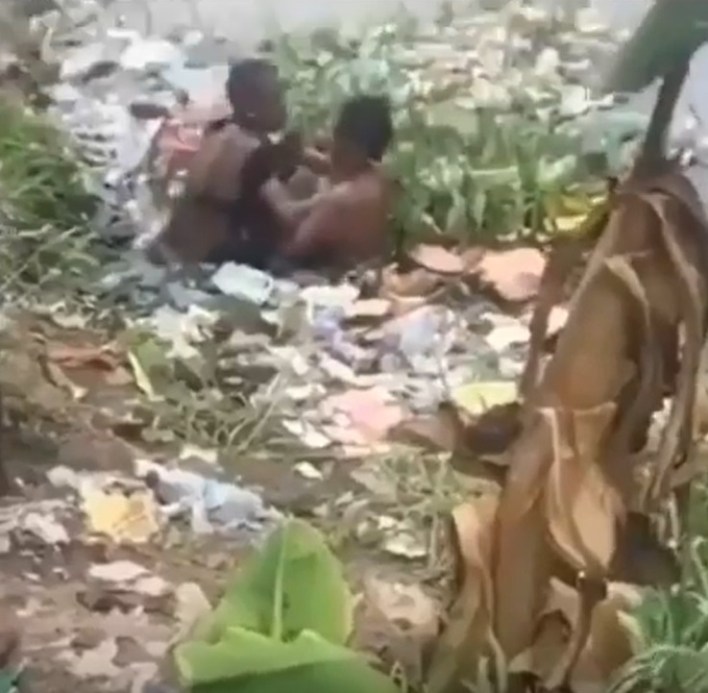 According to reports, the women were allegedly fighting over a man.

Eyewitnesses at the scene could do little to separate the fighting ladies as they were hellbent on manhandling each other.

See the clip below ;

See some reactions below ;

. Oh God please reset the medulla oblangata of this gender oh lord! Haterz of themselves!!!!

Omo, see devil’s handwork. Imagine such disgusting water they are fighting in.

It’s drugs or spiritual something.. would some people agree to meet inside dirty pond to fight.

Nigerian man who waited for 23 years to become a father, dies 7 months after welcoming a set of twin boys

Man stabbed to death by his wife in Rivers State