Many times, people have considered makeup artistry to be one of the most phenomenal things ever discovered because of its ability to totally transform a person’s look.

Some even go as far as calling the art, witchcraft cause of the way a person can become totally unrecognizable with makeup on. However, it’s said that the idea of putting on makeup was to “enhance a person’s beauty”.

But it’s little wonder why people would consider makeup a fetish act after seeing this example of a makeup work that was done on a lady. 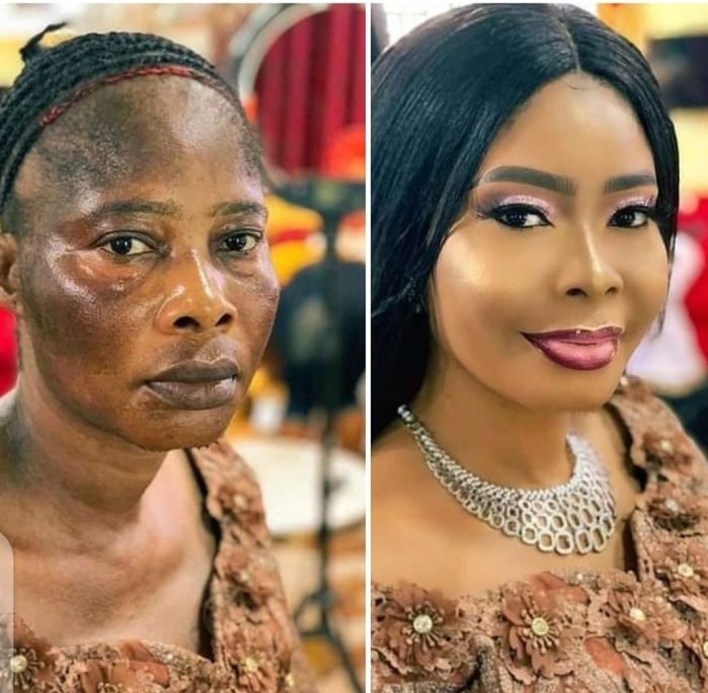 The shocking transformation of the lady after she had her face beat has had a lot of social media users in awe as they rather than see the stunning transformation, chose to see the deceptive aspect of it.

The side by side photos of the makeup work has since gone viral on social media with a lot of people worrying over the fact that this is how a lot of ladies conceal their looks and mislead unknowing gents.

What do you think?

”900k PAID” – Comedian Ebiye announces, days after being called out over a debt

“You are looking at a future Senator” – Actress, Tonto Dikeh reveals political ambition

Comedian, I Go Dye, donates his mansion to be used as Isolation center (photos)