Leaders from west African countries fighting the jihadist insurgency in the Sahel have held a short prayer service in Niger beside the graves of 71 soldiers who were killed last week during an attack on a military camp.

They were buried on Friday inside a military base close to the capital Niamey.

The Islamic State (IS) group said it carried out the attack.

A regional force, helped by French troops, is battling the jihadists.

Analysts say the insurgency waged in the Sahel by militants linked to IS and al-Qaeda is escalating at an alarming rate despite the presence of thousands of troops.

Last week’s attack in Niger’s western town of In Ates was described as the deadliest raid against the Nigerien military in living memory. 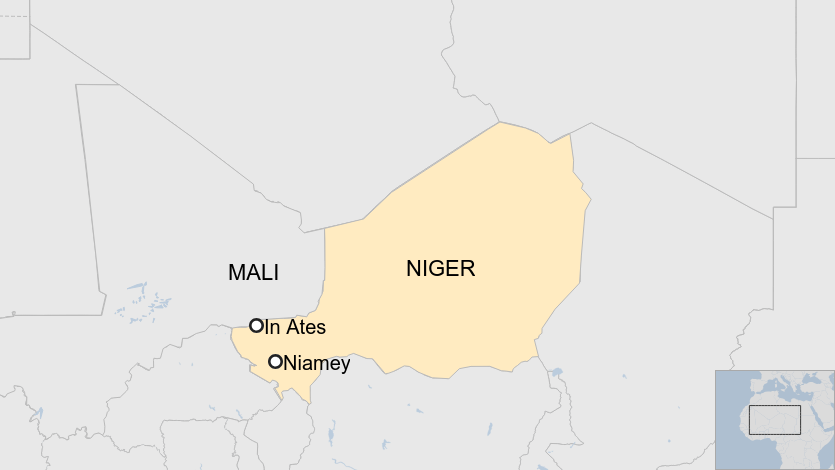 The presidents of Mali, Burkina Faso, Niger, Mauritania and Chad will be holding a crisis meeting amidst the deteriorating security situation after the deaths of more than 230 soldiers over the last four months.

The 71 soldiers killed in In Ates were part of the G5 Sahel regional force, which is supported by 4,500 French troops.

The five-nation counter insurgency force was launched four years ago when almost all the attacks by the Islamist militants were in Mali.

But since then the area affected by the violence has grown significantly and spread to neighbouring countries. That’s partly because the regional force is under equipped and many of the soldiers are poorly trained.

President Duterte to military: Prepare to evacuate Filipinos in Iran

Buhari Silent As Defence Minister Is Named In $550,000 Fund Diversion