Big Brother Naija housemate, Erica was caught on camera recently telling her love interest, Kiddwaya how she felt after making out with him and allowing him “finger” her. 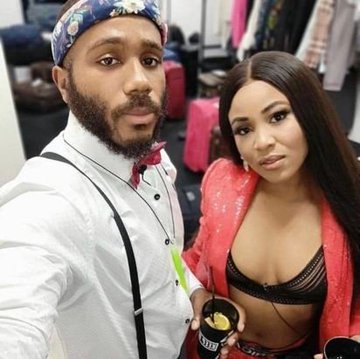 According to Erica, while the billionaire kid had his fingers inside her, it felt like he had pepper in his hands, that’s why she had to open her mouth during the intimate session.

This comes days after she told him she appreciates how they made out after the first party. According to the actress, though it was wasn’t planned, she liked it regardless.

Earlier today, we reported how the lovebirds last night, “cuddled aggressively” after they retired to bed, shortly after their fun-filled Saturday Night party.

Kiddrica, as they are fondly called by fans, were caught on the camera making out on their bed, in the exclusive HOH lounge last night.

The lovebirds got trending on social media as some fans of the show believe they had sex last night. Watch the video here

#BBNaija: I’m not sure I will be here next week that’s why I’m cooking for you all – Lucy

MEET Nigerian Prince Who Is A Plumber In London