Lady luck is obviously not shining on BBNaija Season 5 most talked about couple, Kiddwaya and Erica today as they got strikes for flouting some of the house rules. 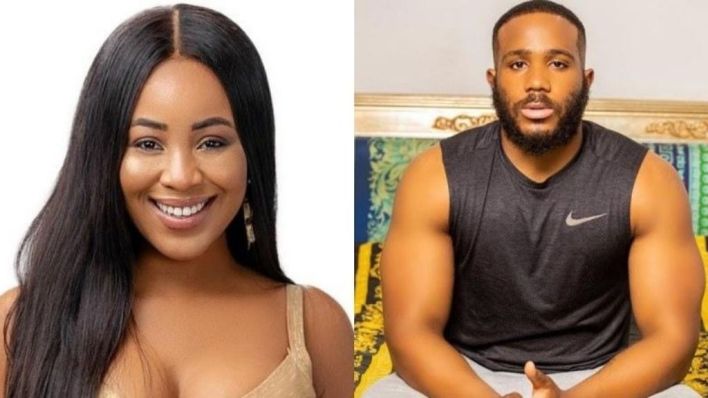 Erica received two strikes for whispering and staying at the Head Of House room (HOH) room till 3am which is technically “sleeping over”, while Kiddwaya received a strike for not carrying out some assignments give to him by Biggie.

Erica was evidently infuriated that Laycon didn’t sympathize with her after receiving the strikes. She was apparently disappointed that He didn’t commensurate with her in her ‘trying time’.

Erica received double strike for whispering and sleeping in the house of house room, while Kiddwaya received strike for failing to carry out some assignments given to him by Biggie.

If you recall, Laycon and Erica were very close at the beginning of the show, however when she and Kiddwaya became an item, they both decided to give each other space and refrain from constant communication.

Erica, while conversing with Neo in a video said she doesn’t even intend to talk to Laycon after today, then asked “who the fvck is Laycon? Look at him?”, indirectly referring to his physical stature.

“SWAT is like when NEPA changed to PHCN” – Reno Omokri