A Nigerian widow, has found love again as she walks down the aisle with her childhood admirer. 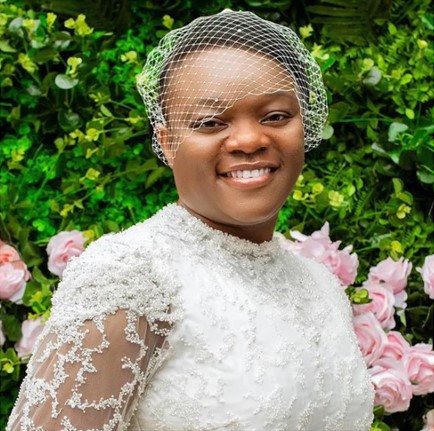 The woman identified as Sarah has now married her childhood crush, Chijioke, seven years after loosing her first husband. 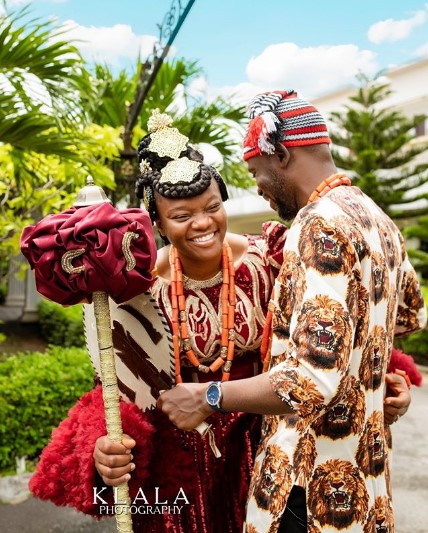 According to Bellanaija Weddings, who shared the exceptional love story on Instagram, a young Sarah didn’t reciprocate Chijioke’s love, because she loved someone else, who she later got married to.

However as fate would have it, chijoke and Sarah met again in 2019, years after staying single following the demise of her husband.

In January 2020, she got a message from someone who identified himself as Jeffrey, asking if they could date each other, but she abruptly turned down the proposal.

Sarah later discovered that Jeffrey was Chijioke, so she reached out via phone call and apologized for her reaction.

She noted that his peaceful nature got through to her and that led them to become friends and later walked down the aisle.

“Chijioke had an eye for me when we were younger but I didn’t as I was in love with someone else. As life would have it, he saw me again in December, 2019- 7 years a widow with a mind made up on remaining single.

“In January 2020, I got a message from someone called
Jeffrey, he started by apologising for the approach and then he went on to say he had tried to answer so many questions ever since he saw me again at Calabar. He wondered/ thought about the possibility of walking into my life

“I was paranoid to start with and gave him a piece of my mind for even thinking about the possibility of a relationship with me and then I asked if he didn’t see the rings on my finger, my response caught him off guard I guess, he apologised again and ran away (lol). At the time I didn’t know who it was. I looked at our list of mutual friends and asked a very close friend of mine who turned out to be Jeffrey’s’ cousin. For some reason, I felt bad and apologised about my reaction, gave him my number and asked if we could just chat, he declined because to him it won’t be ok to just chat with me.

“Somehow his peaceful nature got through to me and here we are today.”

UPDATE: Police release 11-year-old boy arrested over his alleged involvement in attack on a police station in Edo State.

“I love you with all the love God has poured into my heart!” – Deyemi Okanlawon tells wife on her birthday

Tiwa Savage has a new look