A rather interesting video which has begun making rounds on the internet shows a set internet fraudsters better known as “yahoo boys” beating up another set of yahoo boys who allegedly defrauded them. 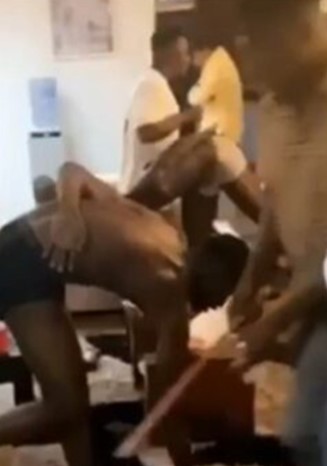 According to reports surrounding the video, the yahoo boys being punished in the video were not smart enough to cover their tracks after defrauding the other yahoo boys, hence the reason why it was easy to track them down.

The second set of cyber fraudsters were stripped down and given punishment while they were also beaten. 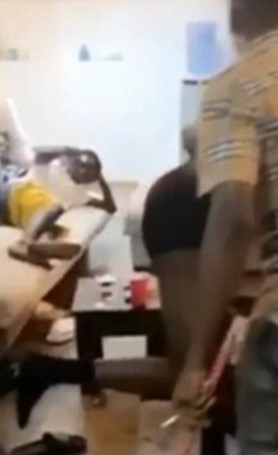 As can be seen in the video, corporal punishment was dealt on two young guys who were half-naked and were paraded by some other guys who happen to be the scam victim .

”This is just wickedness, failed parenting” – Nigerians react to video of a little boy drinking a bottle of beer.

Young Man Arrested With Fresh Head Of A Child (Photos)